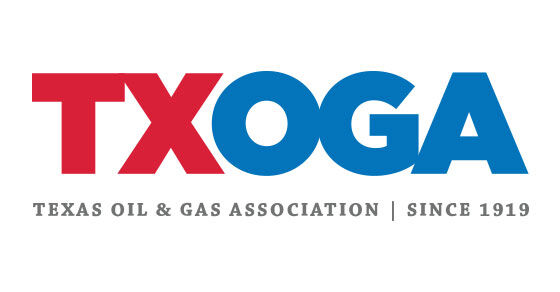 AUSTIN Just-released data from the Texas Oil & Gas Association shows the Texas oil and natural gas industry paid $13.9 billion in state and local taxes and state royalties in fiscal year 2020, funds that directly support Texas schools, teachers, roads, infrastructure and essential services, a news release said.
Ector County ISD Chief Financial Officer Deborah Ottmers said taxes the oil and gas industry pay do help ECISD on its debt service. The district can keep all of that revenue. It is the maintenance and operations revenue that is limited.
ECISD is not considered a “wealthy district” at this time. Its total tax rate is $1.17792 per $100 valuation. Of that, $1.05470 is maintenance and operations and $.12322 is for interest and sinking to pay debt, district information said.
“All school district property taxes are collected and sent to the school districts. In our case, the ECAD collects our taxes and makes deposits into our accounts daily,” Ottmers said in an email. “Based on formula calculations based on state law, school districts will keep general fund maintenance and operations (M&O) property taxes and also receive funds from the state throughout the fiscal year.”
“However, ‘wealthy’ school districts will receive little to no state funds, and they will pay an estimated amount of their M&O property tax to the state by the end of the fiscal year. Several months after the fiscal year is over and we have all the student counts (in the various populations) of attendance from the previous school year, ISDs we will settle up with the state –either pay them more or get more from the state. The state uses all the estimates based on numbers we give them to determine the amounts to pay to and get from each school district and they pay districts accordingly,” she added.
Reeves County and Pecos-Barstow-Toyah ISD saw dramatic increases in oil and natural gas property tax revenue in fiscal year 2020 — both ranking No. 1 statewide for property taxes received. Pecos-Barstow-Toyah ISD received $167.6 million from mineral properties producing oil and natural gas, pipelines, and gas utilities, a 53 percent increase from fiscal year 2019. Reeves County received $74.5 million in oil and natural gas property taxes, an 80 percent increase from last year, the release said.
“The oil and natural gas industry is very important to our area. It has both a direct and indirect impact on our economy. It is great to hear that Reeves County is currently the top producing county in the State of Texas even though production is significantly down from last year,” Reeves County Judge Leo Hung stated in a Texas Oil and Gas Association news release. “We are optimistic that production and drilling will increase in the coming months as a result of availability of COVID-19 vaccines and the rebound of our economy.”
Independent school districts across the Permian Basin received $978.75 million and counties in the Permian Basin received $334.3 million in oil and natural gas property taxes.
Staples detailed how oil and natural gas tax and royalty revenue is used to support education, transportation, healthcare and infrastructure through the Economic Stabilization Fund (commonly known as the Rainy Day Fund), the Permanent School Fund and the Permanent University Fund, all of which are funded almost exclusively with taxes and state royalties paid by the oil and natural gas industry, the release said.
In 2020, 99 percent of the state’s oil and natural gas royalties were deposited into the Permanent School Fund and the Permanent University Fund, which support Texas public education. The PUF received $771 million and the PSF received $942 million. The Rainy Day Fund received $1.657 billion from oil and natural gas taxes.
Statewide, Texas school districts received more than $2 billion in property taxes from mineral properties producing oil and natural gas, pipelines, and gas utilities in 2020. Counties received $688.4 million in these property taxes.
In addition to its economic impact, Staples noted that the oil and natural gas industry has taken the lead in developing environmental solutions that are working to reduce emissions and flaring.
“The oil and natural gas industry is the nation’s leading investor in emission-reducing technologies and as a result, Americans are breathing the cleanest air in decades, the U.S. leads the world in reducing energy-related carbon dioxide emissions and methane emissions from oil and natural gas systems are down 23 percent since 1990,” he said.
According to data from Railroad Commission of Texas, the percentage of natural gas flared out of all the natural gas produced in Texas decreased 80 percent between June 2019 and May 2020. In August, the Commission announced that less than one half of one percent of the natural gas produced in Texas was flared or vented, as of May 2020. Some 99.5 percent of natural gas produced went to beneficial use.