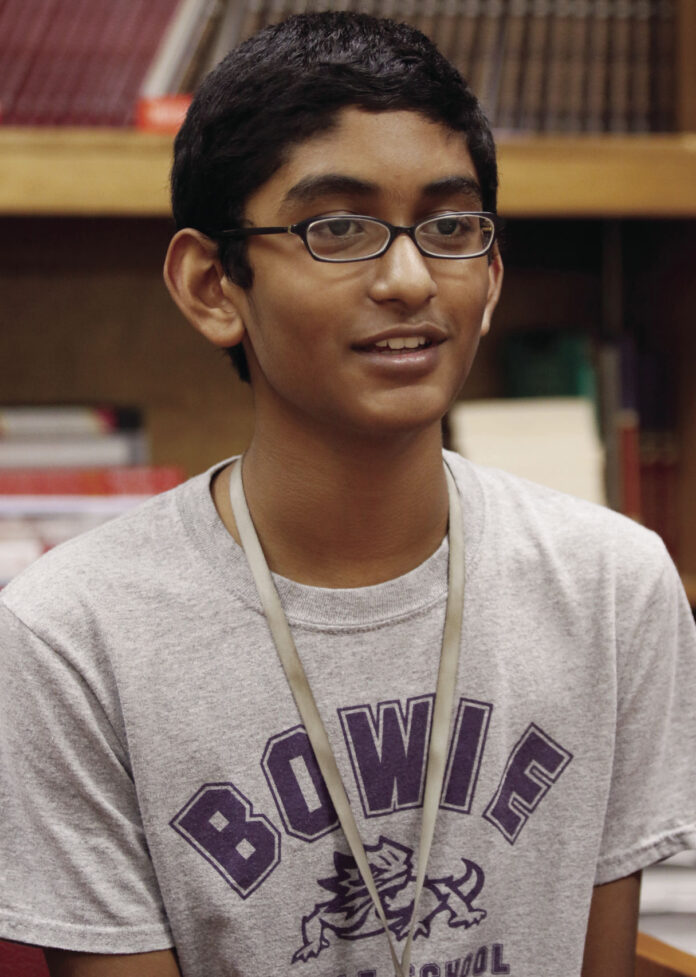 Sixth-grade Bowie Middle School student Shijay Sivakumar is heading to the Scripps National Spelling Bee for the second time in his 12 years.

The 93rd Scripps National Spelling Bee runs from May 24 through May 29 in Washington, D.C. Sivakumar got his shot to go to nationals by winning the 41st Annual Spelling Bee at Odessa High School last month.

Sivakumar is the son of Sivakumar Subramani and Jayanthi Naidu. Shijay. Sivakumar said his mother is a banker and his father is an engineer.

When he’s not spelling, he enjoys playing basketball, playing the piano and watching football. His favorite subjects at school are band and math. He plays the clarinet.

“ When I was about 8, I started watching the Scripps National Spelling Bee, so then I got interested and starting studying. The words were like really cool and they were so obscure,” he added.

A former St. John’s Episcopal School student, Sivakumar also has competed in spelling bees in Dallas and Boston. Sivakumar said he found out about other bees around the country from the national bee.

The winning word at the local bee was vervain. According to www.drugs.com, “vervain is a slender perennial plant with small, pale lilac flowers borne on leafless spikes. It is indigenous to the Mediterranean, but has been cultivated widely throughout Eastern Europe, North Africa, China, and Japan.”

“ I was ecstatic and I was in shock because I couldn’t believe it,” Sivakumar said of his win.

To prepare for the local event, he said he studied about 4,000 words and used additional resources to study other words. His last bee outside of the area was about two months ago and he said doing this helps to keep him sharp.

He said there aren’t more competitors at the bees, but “it’s a lot tougher and the words just get harder and harder every round.”

For the national bee, Sivakumar said he also is reading additional resources and reading root words and language patterns.

As of now, he said, his family is coming with him. He also has a younger sister who competed with him in the local bee.

“ She was really excited and she wasn’t really disappointed that she lost because it was her first year. It was an experience,” Sivakumar said.

He added that he thinks she will keep competing.

They also helped each other study for the event. He said they will get to sightsee after the bee is over in Washington and school will be over by then, as well.

Sivakumar said he feels his preparation has improved for the national bee and that he has “a lot better chance” this year.

Bowie Principal Brian Ellington said they are proud to see all the hard work that Sivakumar has put in to going to the national bee.

Sivakumar expressed thanks to Ector County ISD for sponsoring the local bee.

“ Because without any sponsor, nobody can get to the nationals,” he said.