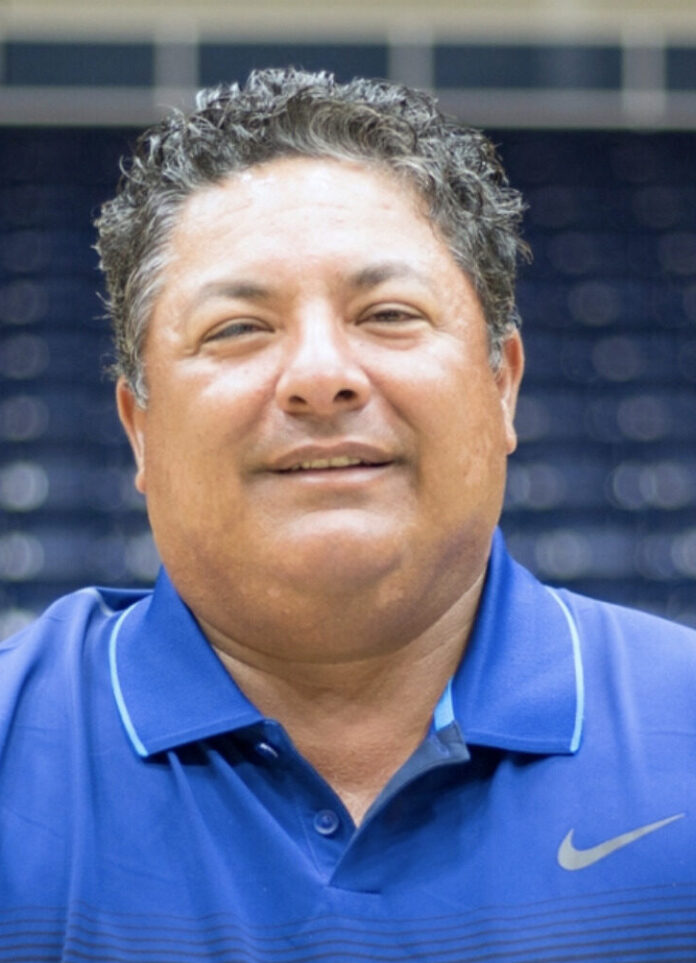 Celebrate local legends like Paul Chavez during the Odessa Athletics Hall of Fame, a community celebration at 7 p.m. Oct. 14 at the Marriott.

Ticket sales will wrap up soon, so click the link and get your tickets now.

More than 100 nominations from the community were received and the following individuals make up the inaugural class of the Odessa Athletics Hall of Fame. The event is scheduled 7 p.m. Oct. 14 at the Odessa Marriott Hotel & Conference Center:

>> Roy Williams, football standout for Permian High School, the University of Texas and the NFL.

All nominations not selected this year will be carried over into future years for consideration.

Chavez has been golf coach at Odessa College since 1996 and has led the team to three NJCAA national championships. Under his leadership, OC golf teams have also notched three national runner-up honors and four third-place finishes.

Gentry was a true track star at the then Ector High School. A member of the Class of 1967, Gentry put the school on the map in high school track, helping lead the team to a UIL Class 3A State Championship in 1967. During that year’s state meet, he blistered the field, claiming state champion honors in the 100-yard dash (with a time of 9.5 seconds). And he was part of the school’s 440-yard relay team, which also claimed first place with a time of 41.64 seconds.

Gentry went on to serve in the Navy, where he trained as an operating room technician, and later returned to Odessa, where he worked in the medical field in various capacities before his death in January 2018.

Pressly’s name has been synonymous with Odessa baseball for decades. In fact, Odessa High School’s baseball field is named in his honor.

During his tenure as coach of OC’s baseball program, the team compiled an impressive 163 victories in five seasons and won their conference championship each season.

Pressly has belonged to the Odessa Chuck Wagon Gang since 1960 and has served on the OC board of trustees since 2002.

Braziel-Smith first made a name for herself as a standout member of the Permian girls basketball team and ultimately returned to the school as coach of the team after having made her mark playing in the NCAA and the WNBA.

After graduation from Permian, Braziel-Smith played for the Texas Tech University Lady Red Raiders, where she scored 1,131 career points, averaging 17.4 points per game. She also averaged 7.62 rebounds per game during her career at Tech and had 117 blocks.

Honors she received during her time at Tech included:

She went on to enjoy a successful career in the WNBA, playing for teams in Charlotte and Indiana before returning to coach the Permian girls basketball team from 2009-2019.

When people talk of the legendary Permian football program, Wilkins’ name is always part of that conversation.

To this day, Wilkins enjoys the distinction of being the third-winningest coach in Texas high school football history, having compiled a .888 winning percentage.

He went on to serve as ECISD athletic director and helped build successful teams in various sports throughout the district.

Williams was one of those athletes who distinguished himself while playing for the Permian Panthers and beyond.

A member of the Class of 2000, Williams was a stellar receiver for the Panthers. He caught 17 touchdown passes in Permian’s 1998 season (12 in regular season; five in the playoffs). He set a school record of 1,528 receiving yards and logged seven 100-plus yard receiving games. In the Panthers’ 1998 game against San Angelo Central, Williams set yet another school record with a 99-yard touchdown reception.

He went on to have a stellar career playing for the UT Longhorns and later played for three NFL teams: the Detroit Lions, the Dallas Cowboys and the Chicago Bears.

After his retirement, Williams returned to Odessa to start an oilfield trucking company and has been active in various local community causes.