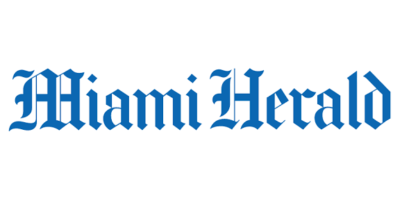 South Florida’s long and sordid history of shoddy building practices is hard to ignore in the wake of the Surfside building’s partial collapse.

We don’t know yet what caused the horrific failure last Thursday at the Champlain Towers South Condo in Surfside.

We are not suggesting that any corners were cut during construction, or that insufficient inspections or overdue maintenance played roles. It’s possible that climate change, nearby construction of another high-rise or reported “major structural damage” caused by improper pool-deck drainage affected the integrity of the building.

We are holding our elected officials accountable for a thorough, honest and urgent investigation into the causes of this still-unfolding tragedy to determine what caused it.

But we do know a lot about the way construction was done in South Florida in 1981, when this condo was erected.

Condominium construction was red-hot then, fueled in part by what would turn out to be a disastrous deregulation of the nation’s savings and loans associations. We know that building codes for single-family homes during that era were weak, and enforcement was lax, something that became terribly apparent when Hurricane Andrew roared through southern Miami-Dade County.

We know that, even though entire neighborhoods were flattened, the homes that stood up the best to the Category 5 storm’s winds turned out to be the ones where developers spent more money to build stronger homes.

And we know that the hardening of the building code, triggered by Andrew’s damage, was long overdue and likely has saved lives in the decades since.

So when we look the images of the destruction in Surfside, we’d be fools not to wonder whether slipshod construction and look-the-other-way enforcement of that era played a part. Could faulty construction have allowed salt water and sea spray to penetrate the concrete enough to doom the building? If that happened, who should have noticed? What should have been done?

Residents of condos across Florida and beyond are watching developments here with anxiety about their own safety. The ramifications of what happened in Surfside likely are to be enormous.

Now, even as search teams continue to recover the bodies of victims — and pray for signs of life in the horrific, pancaked wreckage — authorities and journalists have been looking for any warning signs. The most significant, so far, seems to be an engineer’s report in 2018 that raised some red flags, saying concrete slabs on the garage entrance and under the pool deck had deteriorated, and that lack of proper drainage had caused “major structural damage.”

The report didn’t indicate a threat of imminent disaster, and a month later, Surfside’s chief building official told residents the condominium was “in very good shape,” according to minutes from a November 2018 board meeting obtained by the Miami Herald. Additionally, the building had begun its scheduled 40-year review and roof repairs had started.

Mass tragedies like this one often lead to serious changes in regulations, like those after Hurricane Andrew. If we learn that this condominium collapse could have been prevented with new and better building codes, more frequent inspections or tougher requirements for condo maintenance or construction, this disaster must serve as yet another turning point in building safety in Florida.

That will cost money, a lot of it. Retrofitting old buildings and constructing new ones to higher standards costs more. But if — as we learned post-Andrew — cost-cutting is what led to this disaster, we’ll have no choice. We’ll need to pay up, and just be grateful that we’re around to pay the bill.