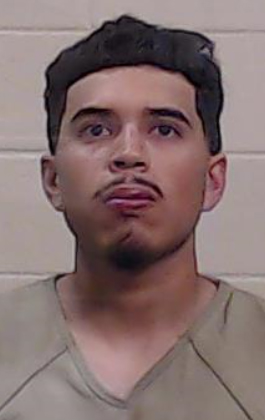 An Odessa Police Department probable cause affidavit detailed a 22-year-old man was arrested after he dragged his ex-girlfriend after she got stuck in the door of his truck.

Officers responded around 8:38 p.m. Oct. 12 in the 4500 block of N. Texas Avenue in reference to an unknown problem, the affidavit stated.

Upon arrival, officers were reportedly flagged down in the area of 46th Street and McKnight Drive by the victim, identified as Deseray Lopez, who stated that an argument occurred inside a black 2014 Chevrolet Silverado.

Lopez reportedly told officers that she got stuck in the door while Arguello drove off at high rate of speed dragging her for a short distance. Lopez stated she was screaming for Arguello to stop and he didn’t stop, so she let go of the truck before getting dragged further.

Arguello was reportedly located shortly after at an apartment in the 4500 block of N. Texas Avenue and was detained in handcuffs.

Arguello was booked into the Ector County Law Enforcement Center on Oct. 23, jail records show. He had one bond totaling $30,000 and he posted bail on Oct. 25.