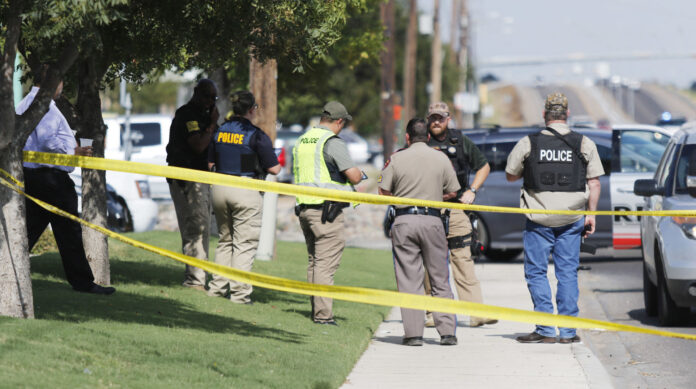 Trying to make sense of the mass shooting that took place Aug. 31 in Odessa and Midland, killing seven people and wounding 25, the Texas House Select Committee on Mass Violence Prevention & Community Safety will convene at 9 a.m. Thursday in the Joe Zant Community Room at Odessa College.

Some survivors and victims’ family members will address the committee Thursday afternoon. Gunman Seth Ator drove around mostly Odessa on Aug. 31 firing indiscriminately from his car into passing vehicles and shopping plazas. He also hijacked a U.S. Postal Service mail truck, killing the driver, and continued his shooting spree until he was shot to death by law enforcement near the Cinergy Theater in Odessa. Since that time, Ator’s mental status has been questioned following previous run-ins with law enforcement both in Odessa and in other Texas cities.

Landgraf said Tuesday that while the average Texan’s Second Amendment rights must be protected and legal due process maintained, it’s vital to review every aspect of such a tragic event. “What we hope to accomplish is to have a forum for people in Odessa and across West Texas to be able to share their views with the more than dozen state legislators who will be in town,” he said.

“This is an important part of the legislative process. Unfortunately, it’s all too rare to have an audience like this right here in our own backyard.”

Predicting that the hearing will last most of the day, Landgraf said there was no comparison to hearing about shootings elsewhere and then having one in your hometown. “It took on an entirely different meaning to see this happening in the community I serve,” he said.

“I’ve visited with victims of the shooting and families of some of the deceased, which certainly made it more personal. It became more real is a profound way.”

Darby told the Odessa American Tuesday that it “is important that we visit the Odessa-Midland area and listen to folks who have been directly impacted by the recent mass violence. We want to be part of the discussion with the community,” Darby said.

“I think the people need to see their government at work on this critical subject.”

Calling it an honor to bring the committee into the areas represented by Landgraf and Rep. Tom Craddick of Midland, Darby said, “Hopefully we can learn some lessons, have a positive impact and limit these types of events as we move into the future.

“We’ll have representatives from all over the state whose objective is to be part of the community and listen to the folks who want to talk about this. Every citizen of Texas deserves to have their representatives engage in this matter and have a conversation about how we can best protect them.”

Other committee members are Republican Reps. Giovanni Capriglione of Keller, Charlie Geren of Fort Worth, Mike Lang of Granbury, Geanie Morrison of Victoria and Four Price of Amarillo and Democratic Reps. Cesar Blanco and Joe Moody of El Paso, Barbara Gervin-Hawkins of San Antonio, Armando Walle of Houston and Julie Johnson of Dallas.

Ector County District Attorney Bobby Bland said he was “glad the committee is coming to our community, showing support and listening to determine how we can improve things and maybe prevent some of these tragedies in the future.

“I have regular meetings with law enforcement and we had met a couple of weeks before the shooting, after the one in El Paso, and talked about this potentially happening,” Bland said. “We made plans and put a few things in place on how to handle the aftermath and investigation. I think that helped the investigation go relatively smoothly, considering how terrible the events were.”

The prosecutor said it was shocking but not really surprising for Odessa and Midland to have a mass shooting after so many other places had experienced them. “We obviously have some issues we’ve got to address related to mental health,” he said.

“It can’t ever hurt to have more people working to follow up on these things. Realistically, if somebody gets it in their mind to do something, they’re probably going to be able to accomplish it. It’s hard to prevent this from happening, but that doesn’t mean we shouldn’t try.”