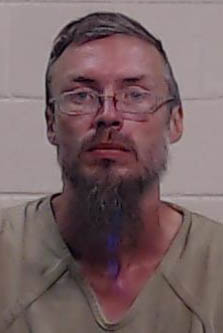 A 35-year-old man and his 31-year-old girlfriend were arrested after a 13-year-old girl told Ector County Sheriff’s Office investigator that she had been sexually assaulted.

On July 3, ECSO was dispatched to the 100 block of South Farm-to-Market Road 1936 in reference to a possible sexual assault of a child, an ECSO affidavit stated.

A complainant reportedly detailed that she had been getting text messages from her neighbor, identified as Martin, saying that Tiffanie’s 13-year-old daughter and boyfriend were possibly having sexual intercourse and acting inappropriately with each other.

The 3-year-old girl reportedly provided little information due to her age, however, when shown a photograph of a child and asked if anyone ever touched her inappropriately, the vagina of the drawing was touched.

An attempt to interview the 7-year-old girl was done, however, due to her being disabled and having limited verbal skills, no information was gathered, the affidavit stated. 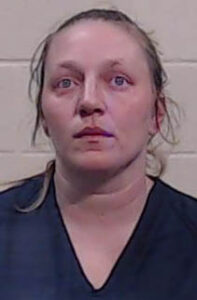 Investigators reportedly spoke with the 13-year-old girl where she stated that Childress forcefully had sex with her at least three times that she could remember. The 13-year-old girl detailed the final time she was sexually assaulted was in the 5700 block of Witcher Street.

The 13-year-old girl stated Childress reportedly continued staying at the residence but never touched her again.

Investigators spoke with Martin and she stated she did walk in on Childress sexually assaulting the 13-year-old girl, the affidavit stated. Martin stated she knew they were having sex, but turned and walked out of the room to the front porch.

Martin reportedly denied telling anyone about the incident but stated Childress was still coming to the residence to visit their 1-year-old child. Sane exams were performed on the 13-year-old girl and 3-year-old girl. The SANE exam provided evidence on both girls that were consistent and indicative of sexual assault.

ECSO attempted to contact Childress, but he didn’t answer the phone and no voicemail was set up, the affidavit stated. Childress has been a registered sex offender since Jan. 31, 2005, and he must verify annually for the rest of his life.