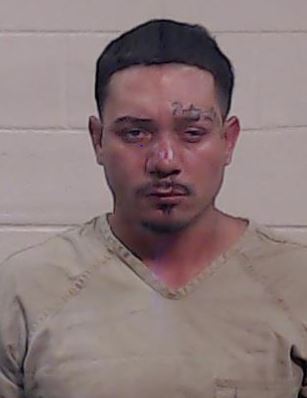 A 22-year-old man was arrested after he was reportedly driving a stolen truck intoxicated and was involved in a four-vehicle collision that killed two people and sent three to the hospital in critical condition.

The Odessa Police Department and Odessa Fire Rescue responded to a four-vehicle collision at 11:28 p.m. Tuesday near the area of Grandview Avenue and Cumberland Road, an OPD press release detailed.

Investigation reportedly showed that a white Chevrolet Silverado, being operated by Flores, was traveling northbound in the 1400 block of North Grandview Avenue. Flores failed to control speed and struck the back of a Hyundai Santa Fe, which caused it to roll over and collided with a parked Dodge Ram. The Chevrolet Silverado continued before it collided with a Toyota Highlander head-on.

The two occupants of the Hyundai Santa Fe were reportedly identified as 38-year-old Enrique Garcia Rubio and 41-year-old Cynthia Leyva. Rubio and Leyva were transported to a local hospital with life-threatening injuries. Flores left the scene of the crash and later evaded officers on foot.

Investigation showed that Flores was intoxicated and that the Chevrolet Silverado had been reported stolen, the press release stated.

Flores was arrested, charged and transported to the Ector County Law Enforcement Center. The only bond that had been set as of Wednesday morning was $1,000 for evading arrest or detention, jail records show. Bonds for the other 11 charges, which are all felonies, haven’t been set.