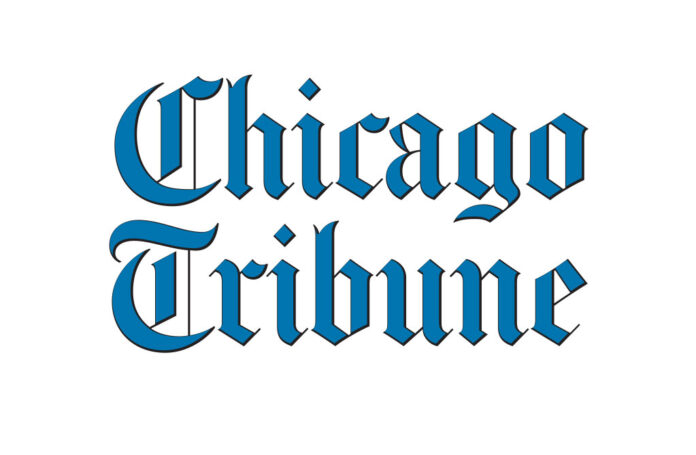 Chicago is a city in mourning. A city fractured. And yet body camera footage from the March 29 shooting death of Adam Toledo binds us in a most tragic way. We knew the videos from the police oversight agency were coming. But witnessing, absorbing, what actually happened has been shattering.

This is only the beginning of a long and painful journey about that night; about Chicago police training, tactics and interactions with minority communities; and about the thousands of kids who get lost in the system. We will continue to question what prompted an officer to pull his trigger in a split second as Toledo appeared to raise his hands, unarmed. And we’ll continue to examine the chain of events that landed a 13-year-old in an alley in the middle of the night, running from police.

Perhaps one chilling, contributing factor can be found on a separate video. It’s not the clip shown around the world, the final moments of Toledo’s short life. It is police body camera footage from around the corner as other officers confronted the 21-year-old man, Ruben Roman, who was with Toledo that night and allegedly fired shots at a passing car. That’s what drew police to the scene, prompting both of them to run.

Within minutes, Toledo was shot by an officer. And as he lay dying, the video shows Roman repeatedly telling police that he is an innocent bystander who doesn’t know anything.

No mention of what police later alleged, that he was seen on surveillance videos shooting at a car — with a kid at his side. This is the person 13-year-old Toledo trusted enough to be out at 2:30 a.m. on a Monday.

One of Toledo’s former teachers said Toledo didn’t fully understand how dangerous his environment was. He lacked the socialization norms at school that give kids a center, a grounding. He started “hanging out with people that he thought cared about him.”

If true, how heartbreaking, how evil, to see someone he might have considered a friend — Roman — pretending not to know him, to repeatedly lie to police — allegedly — in order to save himself. In that separate video of March 29, Roman is handcuffed and held by an officer near a chain-link fence after being chased down.

Roman did not, would not, give police Toledo’s real name, police later said. And Toledo, being 13, had no driver’s license, no identification. So his body lay in the morgue unclaimed, unidentified, for two days until police pieced together his mother’s previous missing person report.

These are the “friends” impressionable, struggling 13-year-olds gravitate toward. These are the types of people who prey on the vulnerable. Maybe we can learn from that.

According to interviews, Toledo at a young age was placed in special education classes that removed him from typical classroom settings. He liked to draw, a teacher recalled. Had the school offered an art class, maybe he would have grown into that talent. But there were no art classes at his school. And the pandemic intensified feelings of isolation for many, many teens during the past year.

Roman faces charges of reckless discharge of a firearm, unlawful use of a weapon by a felon, child endangerment and probation violations. His case, as it moves through the criminal justice system, deserves our attention and focus too. We will be watching.