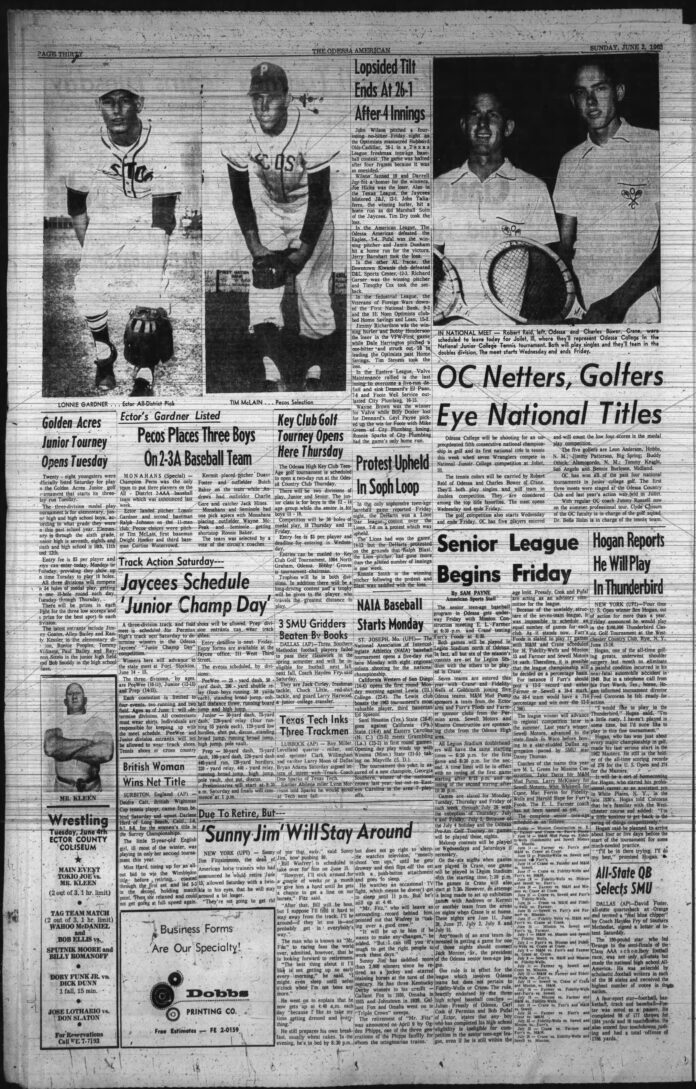 >> 1963: Odessa College was looking for its fifth consecutive national championship in golf and its first tennis title at the National Junior College competition in Joliet, Illinois. Leon Anderson, Jimmy Patterson, Buddy Othick, Tommy Knight and Bennie Burleson were five members who made up the golf team. Robert Reid and Charles Bower were set to represent the tennis team. The golf team won its first three national titles at the Odessa Country Club, where the national competition was held before it was moved to Illinois.

>> 1981: Van Grady was named Ector High School head football coach and athletic director. Grady was a varsity football assistant and head track coach at Ector for two years before his promotion. His first goal was to fill two vacant spots on his coaching staff. The Wolfforth native was an assistant football and track coach at Midland Lee before making his way to Odessa.

>> 2009: The Sockers set up exhibition matches with FC Dallas in their first year playing in the Permian Basin. Then known as the West Texas United Sockers, they would face the MLS team on the road first in Frisco then they would host at Grande Communications Stadium in Midland. General manager Monty Hoppel was looking to bring one or multiple MLS teams to the area to compete in friendly contests against his team. FC Dallas general manager Michael Hitchcock wanted to showcase five of his players who were hoping to represent the United States at the Under-20 World Cup in Egypt.

West of the Pecos Rodeo Night One