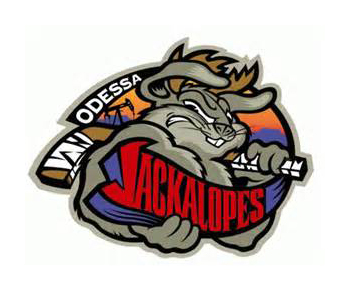 The Odessa Jackalopes have an extended road trip to start the season every other year as their home ice, the Ector County Coliseum, plays host to the Permian Basin International Oil Show.

In the past, however, the team has been able to return to town after each weekend series and practice at the ice rink at MCM Mall before boarding the bus for the next excursion.

That changed this season.

With MCM Mall converting the ice rink to a roller rink, the Jackalopes found themselves on the road for the past 28 days as they played and practiced in Shreveport, La., Corpus Christi, El Paso and Albuquerque, N.M.

Now, after 13 games away from the Permian Basin, the Jackalopes open their home schedule at 7:15 p.m. Thursday against the Lone Star Brahmas.

It is the first of three straight between the clubs before Odessa goes back on the road until the second week of November.

“It’s good to be back home,” Jackalopes head coach Scott Deur said. “The guys are excited to be home; they were really pumped yesterday (Tuesday) coming in to the Coliseum.

“Ideally, sleeping in their own beds now, now we have to take it to a different level and perform at home just like we were doing on the road.”

The time away from home hasn’t seemed to bother the team too much.

The Jackalopes come into the trio of games against the Brahmas tied for first in the North American Hockey League’s South Division with Amarillo with 18 points (9-4-0-0).

The nine victories matches the team’s total from the 2019-20 season and is just three shy of last year’s total.

Deur, in his first season at the helm of the team after six years as an assistant with the NAHL’s Fairbanks Ice Dogs, was fully aware of the struggles the team has gone through the past few seasons when he accepted the position.

“I knew about the history of the program and I think my goals are the same, I want to make playoffs first,” Deur said. “And we want to move guys on, as many guys on to Division I as possible.

“We’ve got a good team out there, we’ve got a good goaltender (William Proctor) in net who I think he’s in the top five in the North American Hockey League in save percentage and he’s really the one that’s keeping us in every game and even our backup (Rupprecht) he’s doing the same thing. When his number’s called, he’s able to do the same thing, so we’re pretty fortunate to have two good goalies right now.”

Noah Rupprecht, who played 11 games for the Jackalopes last year, is 2-1 this season with a 2.49 goals against average and a .916 save percentage.

“Everyone’s healthy right now, just some minor bumps and bruises but nothing that would keep anyone out of the line,” Deur said. “Every day it’s competition; they know if they want more ice time they get it in practice and work.

“This team never stops, never gives up, and that’s why we’ve had our success.”