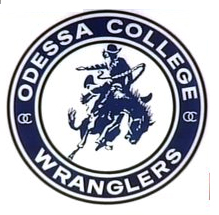 CLARENDON The Odessa College baseball team scored in bunches late in the game to emerge with a 15-6 victory against Clarendon at the Western Junior College Athletic Conference Tournament Saturday at Clarendon College.

The Wranglers (20-24) trailed 6-1 entering the bottom of the sixth inning when they scored twice to cut the deficit in half.

Odessa College added four runs in the seventh inning on a pair of home runs to take its first lead (7-6) of the game and then broke the game open with eight runs in the bottom of the eighth inning to end the contest early.

The Wranglers advance to the championship game at noon Sunday against an opponent to be determined.

Brandon Rincones had four hits and three RBIs to pace the Wranglers’ 14-hit effort, with Trevor Hatton adding six RBIs to the victory.