MIDLAND The Midland-Odessa Symphony and Chorale has announced its concert schedule for the 2021-22 season, which kicks off Sept. 9.

MOSC’s 59th season is under the direction and conduction of Gary Lewis and all performances start at 7:30 p.m. at the Wagner Noël Performing Arts Center.

Barring any further complications from the COVID-19 pandemic, next season should mark a return to normal that will feature numerous performances that were rescheduled from this past year.

“We’re excited that we’re getting a full season,” Ethan Wills, MOSC executive director, said. “Last year, we had to preeminently cancel our first Masterworks performance and then we had several cancellations and reschedules throughout the season just to make it work. I’m thankful that with the next season we have planned, we have a path forward to putting everything on stage within the Wagner Noël Performing Arts Center’s expectations for events and also our musicians’ expectations. We’re thankful that we can do it.”

However, some protocols might still be in place including mask-wearing requirements for the patrons, Wills said.

“We’ll continue to monitor the data by the state and things like that,” Wills said. “The reality is that we fit under the Wagner Noël’s policies. If they have a mask requirement then we have a mask requirement and we fully support that. The goal is to make sure that everyone is safe. That’s the first thing that’ll be happening. We also have some protocols that we’ve established this year. We had a vast, plethora of protocols that we kept with our musicians and coordinated with them on. I think some of them might be a little bit less prevalent but we’ll still be doing some things that we wouldn’t be doing in a normal concert season maybe concerning distance from musician to musician or moving around the hall and things like that.” 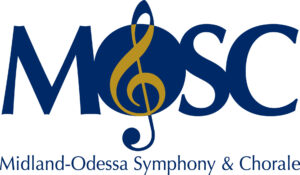 The 2021-22 schedule will get underway with the performance of “Get The Picture” in the Masterworks Series which will feature Lei Wang on piano and George Gershwin’s “Concerto in F” and “Pictures at an Exhibition” by Modest Mussorgsky.

“The Masterworks Series is one that I’m really excited about,” Wills said. “We have Pictures at an Exhibition (which) was one that was scheduled and got canceled. I know a lot of our patrons were really upset and a lot of our musicians were upset.  It’s a really well-known piece for an orchestra. It’s just a great piece. We had to include that one back in.”

Another performance in the Masterworks Series will be “Concierto De Amor” on Nov. 6, which will feature soprano Barbara Padilla from America’s Got Talent.

“We got Barbara Padilla back who we had to cancel that concert back in November because everything was up in the air at that point,” Wills said.

Wolfgang Amadeus Mozart’s “Concerto For Flute and Harp” will be paired with Franz Schubert’s “Symphony No. 3” on Feb. 3.

“Tchaikovsky Four,” which was rescheduled from this year, will take place on April 9.

As for the Pops and Family Concerts, “Imagine” The Music of the Beatles will take place on Oct. 9.

“Sounds of the Season” is slated to take place on Dec. 4 and a space theme involving Gustav Holst’s “The Planets” and “The Star Wars Suite” by John Williams will take place on May 14.

“We actually had to reschedule The Beatles and when we did, we got a huge response to that,” Wills said. “People really wanted to see it but we couldn’t get them here due to international travel. I did rebook them for October and fingers crossed they’ll be here.”

“(The Planets) is always a hugely popular symphony piece. That’s why it’s on our Pops and Family series. We’re planning on doing some cool stuff with the venue to take it into outer space.”

Multi-tiered pricing levels will be available to choose from including student ticket packages.