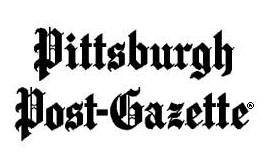 As much as political leaders and pundits like to cite scientific consensus as unarguable fact, consensus can change. New classification schemes can emerge. New information can shake loose even the most firmly held beliefs as the scientific method is impartial to politics or patronage. This flexibility and willingness to learn is key to discovery and to human knowledge.

Still, it can be jarring when basic truths seem to abruptly shift. Things like the number of planets or, say, the number of oceans on Earth.

The National Geographic Society announced in June that it will include a fifth ocean in its maps of the Earth’s waters, recognizing the Southern Ocean as a distinct body.

Distinguished by the fierce east-flowing Arctic Circumpolar Current, this ocean extends from the coast of Antarctica to 60 degrees south latitude. The scientific community, including the National Oceanic and Atmospheric Administration, has recognized the existence of the fifth ocean since 1999, but there weren’t clearly defined boundaries, and that recognition hasn’t yet translated to public knowledge.

Now, 22 years later, the recognition of the Southern Ocean by one of the world’s leading mapping authorities will likely begin pushing this reclassification into the public consciousness, especially given that many schools and teachers rely on National Geographic for its free online materials in teaching geography.

This isn’t the first time in recent decades Americans have woken up to discover something they knew for fact suddenly wasn’t true. Adults above a certain age were taught that there are nine celestial masses orbiting our sun, as Pluto was discovered in 1930 and deemed to be the ninth.

Later, astronomers recategorized Pluto as a dwarf planet, reducing the number of planets in the solar system to eight. There was sizable public outcry against Pluto’s “demotion,” but the decision stuck.

Classification systems matter. “Dwarf planet” doesn’t seem as important as an official planet. And on the other end of the spectrum, recasting the water around Antarctica as the Southern Ocean could raise public awareness about the area, which contains some of the fastest warming spaces on the planet as the climate changes and plays a key role in global weather patterns.

The newly minted Southern Ocean should serve as a reminder that knowledge evolves, that skepticism and constant interrogation of the way people think about their world is good, that flexibility in assimilating new information is important and that curiosity is essential.

NATIONAL VIEW: Get to the bottom of Jan. 6 invasion