Curiosity, inventiveness and creativity are qualities that earned Almudena Aguirre-Romero the Odessa College Outstanding Employee of the Year Award.

A professor of languages and native of Madrid, Spain, Aguirre-Romero teaches English and Spanish as a second language. She has been at OC for eight years.

She said she feels honored by the recognition and said the college did a good job of keeping the secret from her.

“I still cannot believe it. I mean, honestly, I wasn’t expecting it at all. I think there are a lot, a lot of people that are hardworking people that are there for their students. They go the extra mile and beyond,” Aguirre-Romero said. 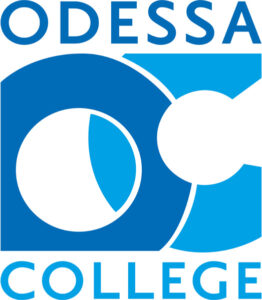 For the selection process, the college accepts nominations from peers. The nomination process opened in early March and closed April 9. Employees submitted their nominations to the Human Resources office via a Google form online. Then those nominations go through an approval process with the Administration Team based on college participation, evaluations and performance, Director of Media Relations Cheri Dalton said in an email.

Aguirre-Romero came to OC from Escanaba, in the Upper Peninsula of Michigan, where she was teaching part time and she wanted to teach full time. Her husband, Jim Anzalone, had retired. Together, they have four children and three grandchildren.

“I love Odessa College. I don’t think that anybody’s here for the landscape,” Aguirre-Romero said.

She likened it to finding a house you can see yourself cooking and cleaning and having a cup of coffee in.

She has been in education for more than 30 years. Aguirre-Romero said she worked for many years teaching in Spain teaching English to all manner of students, including law enforcement.

Something that has helped Aguirre-Romero as a teacher is that she can relate to her students because she said she was a teenage mother, who went back to school later.

She also didn’t come to the U.S. until she was 43 so they see her as someone having the same struggles with English.

“I feel very connected to those women that have kids that are trying to get an education. Maybe they are older; they feel insecure with English. A lot of them are Hispanic, of course. So we have a lot of those. So I feel really, really connected and connected to all the students, all the students are good here, they are nice, but especially to that population,” she said.

Aguirre-Romero teaches Spanish as a second language and Spanish for native speakers.

“I take them to the level where they can understand how to write it,” she said.

She said it’s not hard if you put your mind to it. Aguirre-Romero goes to see people instead of sending emails or calling people and it’s less isolating.

“… She is incredibly supportive of her students and she finds all kinds of ways to help them meet their learning outcomes and she’s incredibly creative,” Rankin said.

“Her inventiveness, her creativity and her energy level make her a super teacher. She’s probably the most upbeat person I’ve ever met and I’ve met a lot of people in my life, so I think that is also helpful. She’s really curious about the nature of teaching. She’s always looking for new ways, new assignments to develop, new ways to help her students master the course work,” he added.

Rankin said Aguirre-Romero also is very dedicated to the mission of OC.

“She works hard to be involved and to help get other people involved,” Rankin said. “She works for our Professional Learning Center developing really interesting techniques for other teachers to use, so not only is she great with students she’s great with her colleagues and helping them find new ways to do assignments.”

“She’s also just really a curious person about the nature of the world and that curiosity spills over into everything she does and she gets her students interested in different types of ideas. I also work on the Spanish assessments and the amount of work she gets from her students is incredible,” Rankin said. “She can get her students to overcome their anxiety about speaking their non-native language.”