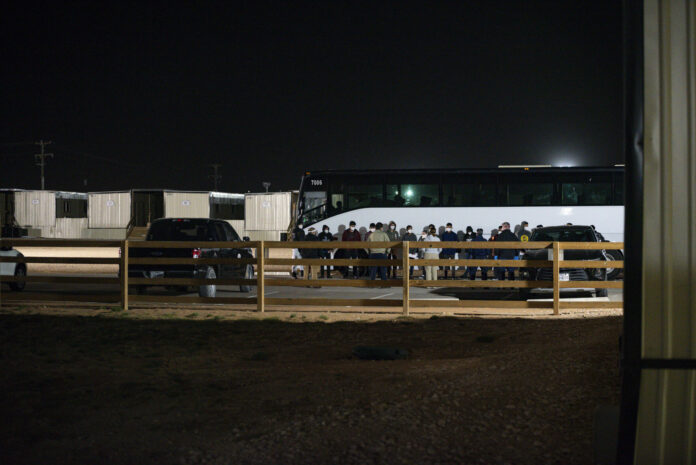 After being caught off guard in May by teenage migrants arriving in Midland, Mayor Patrick Payton announced Thursday that the facility is closing at the end of June.

U.S. Rep. August Pfluger, R-San Angelo, also released a statement responding to the decision by the U.S. Department of Health and Human Services to close the Emergency Intake Site for unaccompanied migrant children at the Cotton Logistics man camp.

“Finally, the Midland HHS facility for unaccompanied minors in Midland is slated to close next week,” Pfluger stated in a news release. “The Biden Administration has run the facility haphazardly since they first moved in during the dead of night in March. They failed to communicate with local leaders and law enforcement officers, burdened our local hospital system with unpaid claims, and most importantly, kept our community in the dark.

“Though this facility may be closing in Midland, our district is still bearing the brunt of the Biden Border Crisis — with alarming increases in drug and human trafficking, dangerous high-speed chases, increased strain on local law enforcement, and damage to farmland and personal property.

“I will continue putting pressure on the President and Vice President to face reality and secure our border once and for all.”

Payton said it is with “great excitement and relief” that he was sharing the news.

“… We have weathered this latest challenge with the same resolve we have dealt with every issue over the past year and a half. Our thanks to Congressman Pfluger’s relentless efforts as well as the work and professionalism of all county and city authorities. This added burden as a result of failed immigration policies from Washington, D.C., has stressed our city and county but, as always, the spirit and fight of Midlanders has once again shown brightly in the toughest of challenges,” Payton stated in a separate release.

Senate Bill 2188, carried by State Sen. Kel Seliger, R-Amarillo, was signed by Gov. Greg Abbott and it will require private property owners notify cities or counties if a detention facility for minors is going to be set up and adequate facilities for it.