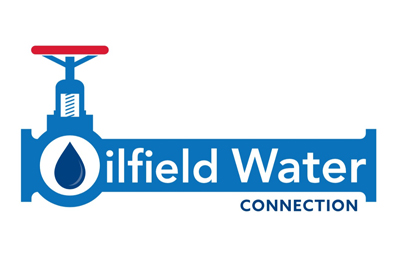 A number of players in the Permian Basin oil and gas industry will be taking part in the Oilfield Water Markets 2021 Conference set for May 12 and 13 at the Hyatt Regency Frisco.

The conference is a large multi-day event dedicated entirely to marketplace issues in full-cycle oilfield water management, the website said. It will be held in person.

Many of these speakers can only be heard here this year, and all are influential in the industry, the site details.

Jim Summers, CEO of H20 Midstream, and Zach Neal, senior vice president of corporate development at Pilot Water Solutions, are two participants with their feet in the Basin. Both will be on panels.

Summers’ panel will be on The Intersection of ESG Fund Flows & Oilfield Water Management. ESG stands for Environmental, Social and Governance and refers to three central factors in measuring the sustainability and societal impact of an investment company or business.

“I grew up in traditional gas midstream sector, which was the idea that once oil is produced or gas is produced at the wellhead, the collection, gathering, the treatment, processing, the transportation of that all the way to end user, even the natural gas processing of liquids, all of that has sat in what I would call midstream oil and gas … That’s where I’ve spent the bulk of my career,” Summers said in a phone interview.

Traditionally, water was “kind of an afterthought” on a vertical well. With the shale revolution, much more water is being used.

“What happened with shale was that the business completely transformed logistically. It was really impossible, or at least very problematic to try and truck that … in, so my background in gas processing and gas transportation are very applicable. We could apply the same principles of gas gathering to water gathering with pipeline to processing to distribution, transportation and storage. All those concepts were being repeated in water, so we looked at it and said we think that’s a new midstream market. We think we can professionalize that market. We think we can think about water more like a resource, or a commodity, than a waste and we can change the nature of the game. ESG has been at the heart of that, but that’s not what we started with. We just thought economically it made a ton of sense, so that’s why we talk about water midstream, and specifically why we wanted that in our name,” Summers said.

“Now it’s really about applying best practices. Where are there successes and failures that our peers have had, or that producers and customers have had that we can implement into our business? Are there opportunities to do different things together? Are there collaboration opportunities? How do we work together as an industry? Can we align around things like safety? ESG is a great example,” he added. “It’s analogous to me of safety in the 80s and 90s where the industry competed, but we got together every year and we talked about best practices and safety. There was a common ground and I think you’re now starting to see at these conferences and ESG is a great example of that places where, although we compete for business with each other, in many cases there are common interests that we have for the good of the industry and the community at large.”

“That’s been exciting for me to be a part of that and to kind of lead in that space,” Summers said.

Produced water, he said, is water that comes out of the formation or the well.

There is technology to bring produced water up to drinking water standards but it’s expensive and it’s hard to remove salt from it. Eventually, he predicts that the economics could make sense.

“You either have to boil the water or you can go through reverse osmosis processes, both of which use a lot of energy and are expensive. So, it really is that question of removing contaminants to a level at which it can be used for a different purpose,” Summers said.

Neal at Pilot is focused only on water.

“… Pilot’s actually it’s a huge company. It’s the 10th largest private company in America. The truck stops are the most visible, but Pilot owns interest in refineries. Pilot actually (has) a lot of wholesale diesel sales than any other company in the United States. It’s a very large company. It’s part of Berkshire Hathaway. We’re very diversified. Water is just one of the segments. …,” Neal said.

For the most part, the water is injected back into the ground. In the mid-1980s, Neal said the Clean Water Act was implemented to protect groundwater resources so the federal government through the EPA created a program called UIC, the underground injection control program which created a series of guidelines of how to get rid of wastewater without impacting drinking water sources, Neal said.

“… Whenever you drill an oil well, for every barrel of oil that comes out in West Texas, typically anywhere between one and 10 barrels of brine water comes out of the ground, too, so in the same geologic formation as oil there is a ton of very, very salty water and there’s really not much of an economic reuse. Desalination is a lot more expensive than freshwater. The safest, cleanest thing to do with it is to take that water and reinject it back into the ground into saltwater aquifers. That in a nutshell is what we do with it. The vast majority of our water comes in a pipeline, and whenever you pipe it you save a ton of C02, also road traffic, road maintenance. The most environmentally friendly way is to go through a pipeline with newer trucks with lower emissions,” Neal said.

Neal’s panel will discuss the state of water midstream. “We’ll be talking about trends in the industry, strategic, financial, environmental just any kind of general trends of how this industry is evolving,” he said.

Neal said he thinks it is doubtful that produced water will be used for more than it is currently.

Using the produced water for fracking is the most common way to recycle it, he said.

“… For something like agricultural use or drinking water use, the really tough thing is the salt component. It’s so salty and if desalination was cheap you’d never have a drought in California. The really expensive (part) is taking salt out of the water, which anywhere in the world is extremely tough to do in a cheap way,” Neal said.

However, he said anything is possible.