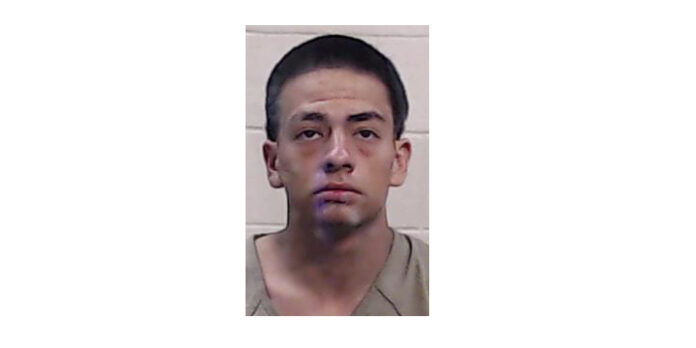 A teenager was arrested after he reportedly pointed a shotgun at a passing vehicle which was occupied by five people, including three juvenile females.

Noah Flores, 18, was charged with five counts of aggravated assault with a deadly weapon, a second-degree felony, criminal mischief, a class A misdemeanor, and public intoxication, a class C misdemeanor.

The reported incident happened at 1:16 a.m. April 13 in the 1200 block of Clifford Street, an Odessa Police Department probable cause affidavit stated.

Officers reportedly arrived to the area and saw a man, later identified as Flores, which matched the description of the actor with a gun running eastbound. Officers made contact in the 1100 block of West Clements Street and they noticed Flores had a strong odor of an alcoholic beverage coming from his breath and person.

Flores also had slurred speech, red bloodshot eyes and unsteady balance, the affidavit stated. Flores stated that he had been drinking beer.

Due to the intoxication level that Flores was in, officers reportedly believed he was a danger to himself and others if Flores ran into traffic and got hit by a vehicle. Flores was arrested for public intoxication.

Investigation showed that Flores also intentionally pointed a shotgun at a passing vehicle in the area of 1200 block of Clements Street, which was occupied by five people, the affidavit stated. The driver and the passenger of the vehicle were identified as Diana Lujan and Damian Ramirez, respectively. There were also three juvenile females.

Officers reportedly issued a search warrant for Flores’ residence located in the 1300 block of Keeling Street. Officers noticed damage to the wall that was caused by the barrel of a shotgun inside the residence.

Officers found a STEVEN 238A, 20 gauge shotgun in the attic, the affidavit detailed. The shotgun had drywall on the barrel which was consistent with the damage on the wall. The shotgun was also described as the one that Flores had in his possession when he engaged in the criminal act.

Flores’ parents reportedly told officers that Flores was the only one at the residence at the time of the incident.

Flores was arrested, charged and transported to the Ector County Law Enforcement Center. He has six bonds totaling $302,000 and was still in custody as of Tuesday morning, jail records show.