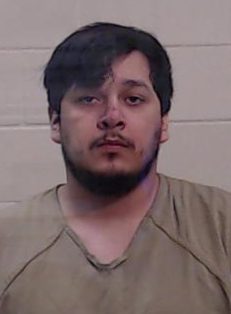 An Odessa Police Department probable cause affidavit detailed that a 24-year-old man was arrested after he intentionally and knowingly had sexual contact with a girl.

The reported incident happened June 8 when officers were dispatched to a residence located within the city limits of Odessa, the affidavit stated. The location of the residence has been redacted by the City of Odessa. The pseudonym and age of the girl that was touched inappropriately was also redacted. The Odessa American has also requested the full police report.

The girl reportedly told police between 4:30 a.m. and 6:30 a.m. she was watching TV in the living room with Mendez. The girl stated that while watching TV, she was “play hit” by Mendez, who then moved to her side of the couch where he touched her inappropriately.

Mendez was at the scene and contacted, the affidavit stated. Mendez agreed to speak with detectives at the Odessa Police Department and he was interviewed and denied the accusations. Mendez stated he did watch TV with the girl but denies touching her sexually.

A CAC forensic interview was reportedly held on June 8 with the girl. She stated that after binging TV shows with Mendez, he moved to her side of the couch, where he climbed on top of her and pushed her down on her back. She stated that Mendez then kissed her on the mouth, neck and chest. She stated Mendez started touching her inappropriately.

Mendez was arrested, charged and transported to the Ector County Law Enforcement Center. He has one bond totaling $40,000 and was still in custody as of Friday morning, jail records show.