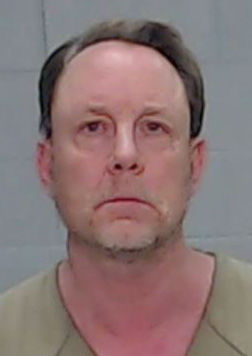 Goble, 62, was indicted on one count of murder, a first-degree felony, by an Ector County grand jury on Feb. 3, 2020, court records show. Goble has previously taught in the health sciences department at Midland College.

Officers were reportedly dispatched to a gunshot victim, identified as David Thomas Young, who was lying on the sidewalk in front of the driveway unresponsive and was bleeding from a gunshot wound to the chest.

Goble exited the front door of his residence in the 1400 block of Spur Avenue with his hands in the air, the affidavit stated. Witnesses identified Goble as the person who shot Young.

Young was unresponsive and not breathing. He was transported to Medical Center Hospital by Odessa Fire Rescue where he was pronounced dead.

Another witness, identified as Jose Navarrette Jr., was reportedly standing in his driveway, which was right next door to Goble’s residence and saw David Thomas Young approach Goble’s residence.

Navarrette stated as they were arguing that Young was standing at the end of the driveway on or near the sidewalk and Goble was standing just in front of his opened garage with his handgun drawn, the affidavit stated.

Navarrette reportedly heard Young say “let’s call them then!” and reached into his pocket and pulled out a cellphone. Navarrette stated that as Young pulled the cellphone out of his pocket, Goble fired a single round from his handgun, which struck Young in the chest.

Another witness, identified as Benjamin Allen Clapp, stated he was outside his house, which is two houses south of Goble’s residence, the affidavit stated. He saw Young approach Goble’s residence and walk in the front yard.

Clapp reportedly told officers that as Young and Goble argued, Young retreated back to the end of the driveway just a few steps from the sidewalk after Goble drew his handgun. Clapp saw Young reach in his pocket and pull out a cellphone when Goble fired a single shot which struck Young in the chest.

Fletcher gets prison, will pay restitution