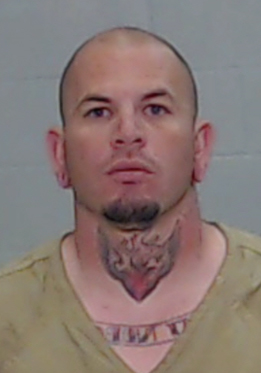 Court records show an Ector County Jury convicted a 37-year-old man for capital murder in a death of an unborn child from 2018.

Joel Luna was convicted of capital murder of a child under 10, a capital felony, and aggravated assault to date, household or family member causing serious bodily injury (family violence), a first-degree felony.

The conviction happened Nov. 17 in the 70th District Courtroom of Judge Denn Whalen.

Kourtney Williams and Elizabeth Howard prosecuted the case, while Jason Leach and Latawn White were attorneys for Luna.

According to a previous Odessa American article that was posted Aug. 23, 2018, police were first called to Medical Center Hospital on May 1 (2018) in reference to an assault victim, an Odessa Police Department news release stated.

Investigation reportedly showed that Luna had gotten into an argument with his 33-year-old wife, before he reportedly began choking her, causing her to lose consciousness.

The OPD press release detailed that Luna then kneeled on her abdomen and repeatedly applied force while stating he wanted to kill her baby.