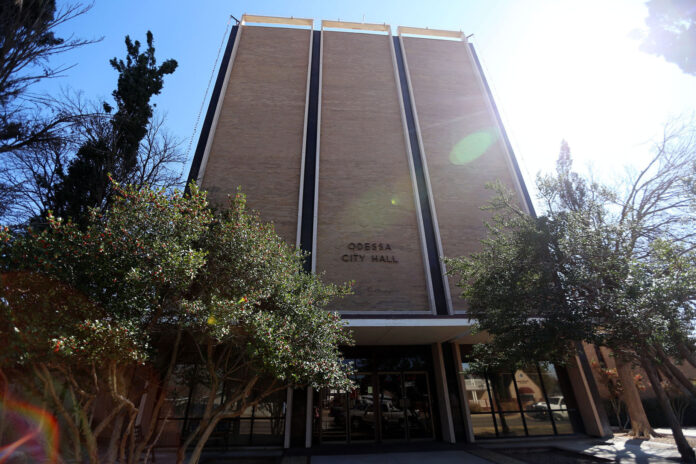 District 3 Councilwoman Barbara Graff and District 5 Councilman Filiberto Gonzales, who might have been the third vote required to oust Morton, asked for the topic to be placed on the council’s agenda. But Gonzales said in an interview after the meeting that Morton’s job was never at risk.

“All I can tell you is that his job is not on the line,” said Gonzales, who shook hands with Morton and patted him on the back after the closed meeting. “Richard has nothing to worry about as far as his job in my opinion.”

Gonzales declined to say what was discussed in the meeting but described it as “normal operations . . .  about upcoming projects and how we are going to deal with them and who is going to be responsible.”

Morton and Turner also declined to talk about what they discussed behind closed doors.

District 1 Councilman Malcolm Hamilton, who publicly called this weekend for Morton to be fired, refused an interview with the Odessa American. The OA recently broke news of a controversial trip that may have been a vacation billed to taxpayers and of a traffic stop where Hamilton berated and cursed at police officers. Council members did not publicly discuss those issues during the Tuesday meeting.

Other council members left before speaking with reporters. District 2 Councilman Dewey Bryant and District 4 Councilman Mike Gardner, who have expressed support for Morton in the past, voted not to go into executive session in an effort to keep any discussion about the city manager public.

They were out voted.

It was the second extended meeting behind closed doors this month to “deliberate the duties of City Manager Richard Morton.” Mayor David Turner requested to place the item on the Feb. 14 agenda with the agreement of other council members. Yelling could be heard behind closed doors from council chambers during that meeting. The City Council also took no action then.

In the latest meeting, Morton said that he felt secure in the job he has had for 15 years.

Council chambers were near full during the meeting, with three additional officers joining the usual one police officer to provide extra security. The attendees included supporters of Hamilton, Morton and other city employees and civic leaders.

Among the attendees were Toby and Sondra Eoff, the private investors in the city-backed downtown hotel and conference center. As the City Council met behind closed doors, the Eoffs said they would be concerned if Morton, who organized much of Odessa’s downtown efforts as the city’s top administrator, was removed. But they declined to speculate.

After the City Council returned to face the public, Toby Eoff was the only attendee to address them during the meeting.

He thanked the City Council for their work, particularly Graff for her contributions to the hotel and conference center plans. And he supported Morton.

“I’ve never dealt with anyone who had more integrity than Richard Morton,” Toby Eoff said. “And he is a very very good representative of this city. I just wanted to point that out to everyone and let you know that I hope when you all were in session — we don’t know what you were meeting about but I hope it was to give him a raise.”

In other business, the City Council: