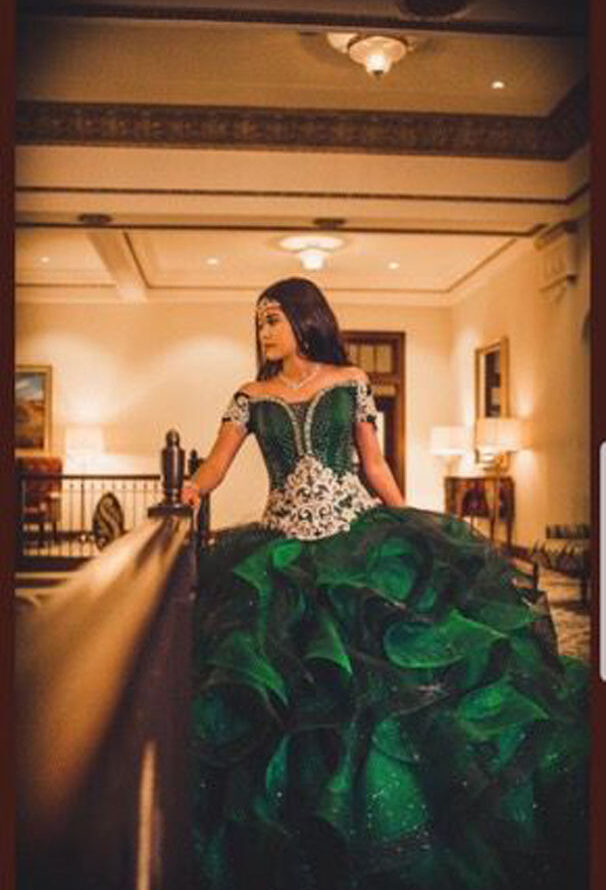 A joy to be around. An amazing young lady. Setting the example for others.

Those were some of the phrases that teachers and coaches used to describe Odessa High School sophomore Leilah Hernandez.

The 15-year-old was among the seven victims killed Saturday following a shooting spree that started as a traffic stop on Interstate 20 near Midland that continued throughout both Midland and Odessa.

The Ector County Independent School District released a statement late Saturday night that the Odessa High student was among the victims of the shooting. Odessa High principal Mauricio Marquez said on social media Sunday that there would be additional counselors available for anyone needing to visit Tuesday when students returned to school.

Leilah had just started her sophomore year and was on the freshman basketball team last season.   Her coaches remember Leilah as a genuine young lady that put others before herself.

“She was very soft-spoken and set the example for her teammates,” said Raquel Carrasco, a varsity assistant coach and head freshman coach at Odessa High School. “She was a very genuine kid and was never in a bad mood. She always walked in with a smile on her face and all of her teammates loved her and just thought the world of her.”

That smile resonated even going back to her days as a student at Ector Middle School. Sports were an important part of her life as she played on the basketball and volleyball teams and ran for the track and cross country teams as well.

One of her former coaches, Cody Valenzuela, is now the boys cross country coach at Odessa High and remembers Hernandez well from her time at Ector. He shared a memory of her during a team workout that highlighted how warm she was with everyone.

“I remember asking Leilah one time, ‘Why don’t you talk when you’re out here having fun with athletics?’ She said I don’t know,” Valenzuela said. “The other girls would say that you should hear her in the locker room because she talks a lot. She’s a talker and once you get her to talk, she won’t shut up so it was just an ongoing joke.”

The news of Leilah’s passing spread quickly Saturday afternoon as classmates and teachers took to social media to memorialize her. It was a shockwave for those that knew her.

“She was a kid that didn’t deserve anything like this,” said Olivia Pyburn, current head girls basketball coach at Burleson High School. Pyburn was the varsity head coach for the last four years at Odessa High before taking the Burleson job last April.

“I’ve always made it a point to myself to get to know each and every one of my kids in my program and I was lucky enough to have a great relationship with Leilah.”

Pyburn also said that basketball was a big part of her opening up to her team and used it to spread joy to others.

“She was very quiet but when she opened up and got to know you, she was a joy to be around,” Pyburn said. “My heart is broken for her family. I can’t imagine what her mother and father are going through.”

Her classmates both on and off the court also remembered Hernandez in this way.

“She was that girl if you had a bad day, she would brighten it up and give you something to look back on and smile about,” said former Odessa High basketball teammate Skylar Herrera. “You always wanted to be around her.”

“She was such a beautiful young lady and one of my best friends,” said Jocelyn Harbin via email Sunday. “I wish she didn’t have to go so soon. She is one of the nicest people you could have ever me and did so much good, none bad. Whenever someone was sad or just not happy, she would try to cheer them up.”

Others remembered Leilah for the kind of person she was in the classroom. Leilah was part of the AVID program, a college-prep program at the school and had involved herself fully in that as well. Odessa High AVID coordinator Naomi Fuentes says she was in Lubbock Saturday shopping with a couple of other teachers before she heard the news of the shooting and returned to Odessa.

“Leilah was an amazing young lady and was very involved,” said Naomi Fuentes, AVID coordinator at Odessa High via text message Sunday. “The first two weeks of school are always spent learning about each other and our goals. She definitely had goals that she wanted to reach.”

Those goals she shared both on and off the court.

“I always ask my kids at the start of the year about the overall goal after high school and basketball is over,” Carrasco said. “At the time, she was looking into becoming a lawyer. I asked her if she felt if she was taking the right steps to that and she said that AVID was helping her being a leader and finding a voice and being involved in the community.”

Carrasco and Herrera both said that there were plans in the works to honor Hernandez during the upcoming basketball season.

Now, a school and a community are left to remember here and understand that this is a start of the grieving process.

“My heart goes out to her family, friends and everyone in the community,” Fuentes said. “I’m proud of the community stepping up the way that it has.”

“She was blossoming and now it just sucks that it came to a stop,” Valenzuela said. “It hurts so bad to see to see this happen to one individual with so much potential and a person that can change a room with a smile or a joke. It’s just heartbreaking.”

“Us coaches (Carrasco and former assistant Douglas Hampton) talked yesterday and we’re all just in disbelief. It’s a hard pill to swallow that she was caught in the line of fire. She was a phenomenal kid and a true example of what it meant to be a student-athlete.”

TEXAS VIEW: Abbott should not endanger children by refusing shelter

SULLUM: Does elderly veteran have any recourse against cops who assaulted him?

ECISD recognizes employees of the year