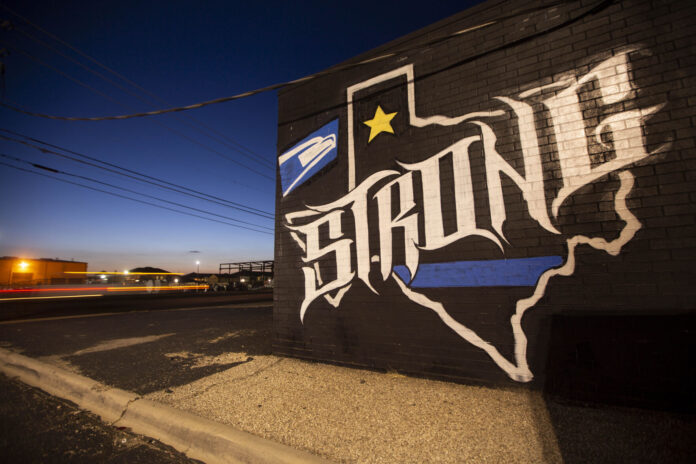 The Odessa American will spend the next eight days offering up stories of triumph over tragedy as the one year anniversary of the mass shooting approaches.

Odessa’s Darkest Day is not a day of celebration as anniversaries often are, but rather a time to reflect on the hundreds if not thousands of lives impacted by the shooting deaths of seven people and the wounding of 25 others on that hot Labor Day Saturday last year.

It’s hard to believe it has been a year.

Preparing these stories has been a labor of love for the staff. We’ve met some remarkable people who are either learning to live without a loved one or who are continuing to heal from injuries from that terrible day.

You won’t read much about the deceased gunman, Seth Aaron Ator. We know from reports that he was a troubled man with a history of run-ins with law enforcement both here in Odessa and in other cities.

None of the run-ins indicated that Ator would kill seven and injure 25 others during an hour-long shooting spree that began on Interstate 20 in Midland County and ended with him being shot to death by multiple law enforcement agencies at Odessa’s Cinergy Theater Aug. 31, 2019.

But, no more about Ator. Not for now.

Today’s edition and those until Sept. 1 seek to highlight resilience and heroics and how Odessa will honor those lost and those injured during events planned by local ministers, the City of Odessa and Odessa’s Chamber of Commerce.

There are so many folks that need a spotlight. Many remain nameless as some of the shooting victims still hope to learn about that OPD officer or deputy or firefighter who helped them during the chaos of the mass shooting.

You’ll meet California native Joe Glide who was shot twice on Interstate 20 and had a third bullet lodge in what we can only call a really lucky wallet. Joe was helped by an OPD officer who triaged him before DPS officers raced him to Medical Center Hospital. Joe would still like to know the name of that officer.

That’s about the same as Andrews resident and retired teacher Penny Moore. Penny is the only one of the 25 victims who was not shot. She continues to recover from breaking an ankle running out of and then back into Cinergy Theater that day as law enforcement and Ator engaged in that final showdown. She would like to know the name of the off-duty or retired firefighter who carried her back into the theater.

Another hero who doesn’t wear a badge or equipment but who came to the aid of all of Odessa actually did so from the Texas Rangers parking lot in Arlington.

Letita Chavez and her husband had made the trip to watch a Rangers game when she got a call from a co-worker who was working in Odessa in the city dispatch center.

Chavez said she stayed in the car while the Rangers played and called more people to go into work including the dispatch supervisors and wrecker services.

All of the family members of those who were lost and also the surviving victims praise the medical care they received at Medical Center Hospital, Midland Memorial and Odessa Regional Medical Center. Not a single complaint. Most expressed gratitude for how the hospitals agreed to absorb charges not covered by insurance.

They also all talk about the help of Odessans through fundraising and food and even just stopping by to say hello. Many also gush about how Texas Gov. Greg Abbott, U.S. Sen. Ted Cruz, Lt. Gov. Dan Patrick, State Rep. Brooks Landgraf, Chief Mike Gerke and Sheriff Mike Griffis, MCH CEO Russell Tippin and others visited them while they were in the hospital.

There are also plenty of heartfelt thanks to Odessans for the generosity of donations. Many mention Odessa businessman John Bushman and Odessa Chamber of Commerce President and CEO Renee Earls as people who sought to help all of those affected by the tragedy.

Earls headed up a chamber fundraising effort that helped all of the victims. She also met with family members and victims during the last year. That Odessa Community Foundation fund raised more than $1 million for the victims.

We’ll also tell you more about a planned memorial that will have a design and artist announcement in the next week.

Put up a yellow ribbon and spend 32 seconds in silence at 3 p.m. Aug. 31. And, remember the survivors and the families of the victims.