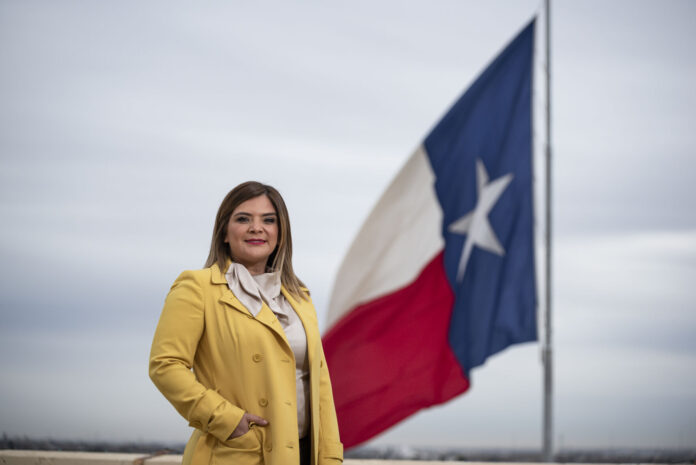 By her own admission, she was born of humble beginnings.
Magaly Nieto, was one of eight siblings born and raised on a small farm in El Pueblito Mexico, a small town – population 300 – located in the State of Chihuahua.
The family was so poor, Nieto’s mother, Tere Nieto, would make her daughter dresses out of curtains.
“In 1995 – I was 15-years-old – when I moved to Odessa to live with some of my brothers,” said Nieto, the only female sibling in the family. “I wanted to become an attorney so that I could go back to Mexico and help and represent the Spanish-speaking community.”
She never became an attorney, but Magaly is accomplishing the same goal as a communications specialist for the City of Odessa.
Magaly was initially hired in March 2020 to help the city spread COVID-19-related information to the Spanish-speaking community, City Manager Michael Marrero said.
“As COVID became more of a concern we realized there was a significant gap in our ability to reach the Spanish-speaking community,” Marrero said. “We realized that we had a large Spanish-speaking community, but COVID really brought that to the forefront.”
At the recommendation of Devin Sanchez, the city’s director of communications, Marrero hired Nieto.
Nieto previously worked as a script writer, news anchor, field reporter and producer for CBS7 and Telemundo, the largest Spanish language network in the world, Marrero said. She brought a wealth of experience and skills with her, including an ability to produce professional videos.
“She has a pretty good grasp of media and public speaking,” Marrero said. “She also has a long history in the community and has the language skills to articulate information to residents in a way they can relate to. They trust her.”
Nieto is quick to point out that she doesn’t call herself a “translator.”
“A translator is someone who just changes words from one language to another,” she notes. “I’m not just a translator. I pass along the information, the message in Spanish.”
The difference may initially seem slight, but it is significant. Some English words don’t translate to any words in Spanish, Nieto said. In many cases English words or phrases when translated come across as harsher, or have a completely different meaning.
“I was born in Mexico and I understand the culture,” Nieto said. “I know how many Spanish-speaking people speak. They don’t use big words or ‘slang.’”
What it really boils down to though is Spanish-speaking people, especially those from Mexico, relate to her.
She credits her success to her mother’s creativity and the perseverance of her father, Antonio “Tono” Nieto.
“In Mexico, only elementary school is free,” she said. “My father had to work very hard to put my brothers and I through school.
“My mother is the creative one. When I was young and there was a dance or party, she would make me dresses out of curtains.”
Magaly didn’t realize that until one day she was looking at photos. One picture showed her standing next to a pair of hanging window curtains. Another picture showed Magaly in a dress that was the same color as the curtains, but in that photo the window behind her was missing its curtains.
“Mom, did you…” Magaly started to ask. But her mother just smiled and shrugged her shoulders.
That memory returned after Magaly was hired by the city and noticed there was no “green screen” to record videos. Magaly thought of her mom and went to the store and bought a large amount of green paper to make her own screen.
“I had a humble beginning, but I’m really proud of it,” Magaly said. “My parents both taught me well.”
In her role with the city Magaly produces Spanish-language videos and recordings that are posted on her own Facebook page – Magaly Nieto – City of Odessa. She also provides those videos, recordings and written content to Spanish-language media.
Getting information to the Spanish-speaking community isn’t easy, she admits. Many adults aren’t familiar with social media platforms like Facebook, or the internet or don’t trust the government. Many people don’t visit the City of Odessa website because they figure everything is written in English, even though Spanish language information is also on the site.
“Many people just call or email me for information, because that’s the way they’re used to getting information,” Magaly said.