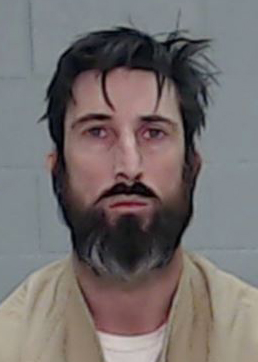 A 37-year-old Odessa man was indicted by an Ector County Grand Jury in connection to a string of shootings that left one man dead and another hospitalized and many Odessans afraid of another random gunman.

Troy Lee Wilson was indicted on one count of murder, a first-degree felony, and four counts of aggravated assault with a deadly weapon, a second-degree felony, when the grand jury met on Dec. 17, 2019.

Wilson has five bonds totaling $450,000 and was still in custody at the Ector County Law Enforcement Center as of Friday morning.

“Hopefully this can be the beginning of closure,” Ector County Sheriff Mike Griffis said over the phone. “For the individual that was killed, (the family) isn’t going to get rid of their emotions from losing a loved one, but they can get some closure knowing he’s going to go to trial. We think we have a good case on him.

“I’m happy he’s in jail and he’s not going to cause harm to anybody else.”

Griffis held a press conference about a possible “serial shooter” on Sept. 27, 2019, after four shootings left one person dead, another hospitalized and several others shot at. Law enforcement agencies were searching for a white pickup.

A Midland County Sheriff’s Office deputy was notified at 12:09 p.m. Sept. 27, 2019, by an Odessa Police Department undercover unit that it was following a white 2015 Ford F-150 that matched the description of a possible murder suspect that was linked to several shootings in Ector County, a previous Odessa American article detailed.

The MCSO deputy reportedly saw the pickup with an obscured rear license plate and a tool box at 12:19 p.m. at mile marker 128 on Interstate Highway 20. A traffic stop was attempted, but the pickup failed to stop. The MCSO deputy activated his emergency siren on his marked patrol car and saw the driver through the back window of the pickup appeared to look into both the driver and passenger side mirrors and reach with his right arm inside the vehicle for an unknown object.

During the traffic stop, there were reportedly two firearms with similar ammunition from the fatal shooting scene. Wilson told a Texas Ranger during a video recorded interview on Sept. 27, 2019, that he shot 31-year-old Juan Leonardo Rosalez twice in the head on Sept. 26, 2019, after Rosalez had pulled off the road with car trouble on Business Interstate 20 between Farm-to-Market Road 1936 and the Interstate 20 overpass.

Jesus Alvarado, 52, was shot at 4:22 p.m. Sept. 24, 2019 and sought help at the Pilot Truck Stop located near the intersection of Meteor Crater Road and Interstate 20.

Alvarado was reportedly shot in the abdomen while he was waiting on the side of the road for a crew truck to arrive. That man was later treated and released from Medical Center Hospital. The fourth shooting was fatal on Thursday night.

The first shooting happened at 12:45 a.m. Sept. 24 at Eighth Street and Grant Avenue, while the next happened later that morning at 7:36 a.m. at Farm-to-Market Road 866 and Interstate 20, a previous Odessa American article detailed.

These shootings followed the Aug. 31 mass shooting in Odessa that left 7 dead and 25 injured. That gunman, Seth Ator, was killed by police near Cinergy Theater in a daytime shootout.