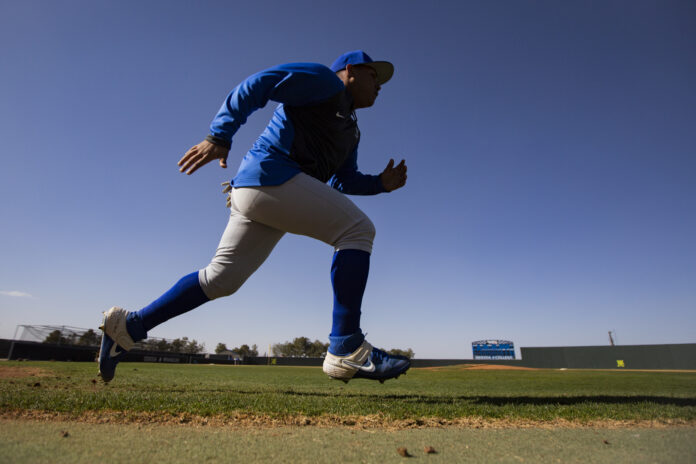 All things considered, the Odessa College baseball program has enjoyed good retention through the ups and downs of the coronavirus pandemic, returning five sophomores from 2020’s truncated season.

For Wranglers coach Kurtis Lay, it’s as much about quality as quantity.

“We’ve got some third-year guys in the mix in Giulio Monello, T.J. Tomlinson and Myles Jefferson.” Lay said. “When you look at those three guys, you look at three of the most important positions on the field being catcher, second base and shortstop.

“To have those guys back, not only with experience but the majority of them with two years experience, it’s a good feeling.”

Among other returning players are pitchers Noah Brown and Collin Horton, giving Lay key pieces in the bullpen and rotation.

“The first of the season is always interesting just because you always have a guy you aren’t necessarily counting on who ends up stepping up and being a guy,” Lay said. “Collin Horton for us last year didn’t pitch our opening weekend against Cisco and you look up at the end of the year and he was 5-0.”

The Wranglers, who were 21-2 last spring when competition was halted, open the 2021 schedule at 10 a.m. Friday against San Jacinto College at the Tournament of Champions in Houston.

Lay said Horton will be joined in the rotation by transfers Chandler David and Rowan Arrant along with freshman Marshall Wales.

“There’s a lot of talented freshmen and even second-year guys who didn’t get the full experience as a freshman that they would have typically had,” Lay said. “We’ll see how (Wales) does and before we get to conference play we’ll give several guys a look.”

The most difficult part of preseason, Lay said, was getting position players adequate reps without having to play anyone out of position.

“The biggest challenge we’ve had is just the amount of hitters,” he said. “When we intrasquad against ourselves, we don’t have 18 hitters to go field eight positions on both sides of the ball without severely putting guys out of position.

“We have to get creative with it. We basically do three defenses and three offenses. Guys get two at bats, then they might go to defense for six outs or nine or 12 before they get to hit again.

“It’s not only just that we didn’t get to finish the season last, but with a couple of internationals opting out and roster decisions we made at Christmas break, we don’t have the true feel of getting three outs and going back to the dugout. We’ve had to go back to the drawing board in order to get guys enough at bats and keep guys in their natural positions.”

The Wranglers will play a 24-game WJCAC schedule cobbled together without conference members El Paso Community College and New Mexico Junior College, which furloughed their programs because of the pandemic. Odessa College opens conference play March 19 against New Mexico Military Institute at home.

“What us coaches have proposed is to have a conference tournament at the end where the 3 through 6 seeds would play,” Lay said. “Depending on who finishes 1 and 2 out of that double-elimination tournament would end up with the 3 and 4 seed in the regional.

“It’s just trying to be creative to find a way to create more games amongst ourselves as a conference. At the same time, it would still allow if a team had a really bad break with the coronavirus or anything else to where one or two weekends doesn’t completely ruin their season. They’re still going to have a shot at postseason there at the end of it.”