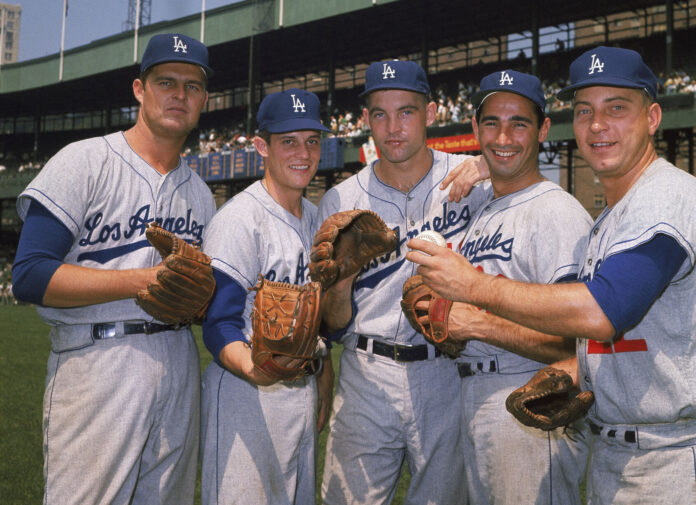 FILE – In this August 1962 file photo, Los Angeles Dodgers pitchers pose together at Dodger Stadium in Los Angeles. From left are Don Drysdale, Pete Richert, Stan Williams, Sandy Koufax and Johnny Podres. Williams, a fearsome All-Star pitcher who won the 1959 World Series with the Dodgers, has died. He was 84. Williams died Saturday, Feb. 20, 2021, at his home in Laughlin, Nev. He was hospitalized on Feb. 11 and had been in hospice care due to the effects of cardio-pulmonary illness, the Dodgers said Sunday and his son Stan Jr. confirmed.