Blake Billings has always been about doing the best that he can in his pursuits both on and off the field. His hard work led to become the valedictorian at Alpine High School for the Class of 2021. As he gets set to graduate and move on to the next chapter, Billings said that his time as a student-athlete was a key driver in his success.

“The biggest thing was that athletics gave me something to look forward to,” he said.

He added that the turning point in taking on that leadership role came in between his freshman and sophomore seasons on the football team.

“I saw that the leadership that we had on the team that year and I realized that I wanted to be a part of that and contribute to the team in a bigger way.”

He did plenty of that as a member of the Fightin’ Bucks football team as a three-time all-district linebacker and helping the team win a district championship in 2019, citing that as his favorite moment on the field. On top of that, Billings also was a first-team Academic All-State selection following the 2020 season. He’s also a member of the baseball team that qualified for the postseason 2021. But athletics was not the only thing that Billings had to balance.

He was also a state cross examination debate competitor all four years and navigated that along with student council, National Honor Society, UIL Academic competitions, Boy Scouts, Robotics and playing trumpet in the band.

Billings found plenty of success there too, qualifying a state solo and ensemble competitor in each of the last three years.

He added that it’s a privilege to be involved in as many activities as he’s in but there’s one influence that he credits for being the most significant. It’s that of his father, Dr. Adrian Billings, who runs a family clinic in Alpine.

“I’ve seen the work that my dad has done here in the community, the relationships he’s built and how’s he affected people’s lives outside the clinic,” Billings said. “I want to be able to come back and contribute to Alpine and continue what he’s doing.”

Billings will start on that path in the fall as he plans to attend the University of Texas at Austin studying public health and on a pre-med track. The plan is to become a family physician and serve rural areas like Alpine. He added that early on he was looking at that path or becoming a pilot but it was his biology class that sold him on going into the medical field.

“He’s an exceptional young man and I truly believe that he’s going to go on and do great things,” Alpine head football coach John Fellows said. “His parents did a tremendous job raising him.”

Fellows added that his growth from his freshman to his sophomore year really went a long way towards his development. As a result, he said that after earning a starting job at linebacker during his sophomore year: “We just couldn’t keep him off the field.”

Having that ability to balance several different things at once is something that Fellows said is going to help Billings tremendously after college and beyond.

“Whatever he chooses to do, he is going to be a class act and one of the best.”

Billings had plenty of people to thank for the support that he’s received and he gave credit to his coaches who helped push him to be that complete person on and off the field. 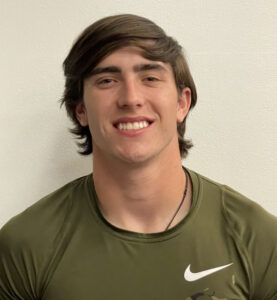 >> Goals for the future: To become a family physician and serve rural areas

>> Favorite book: To Kill a Mockingbird

LOOKING BACK for June 14