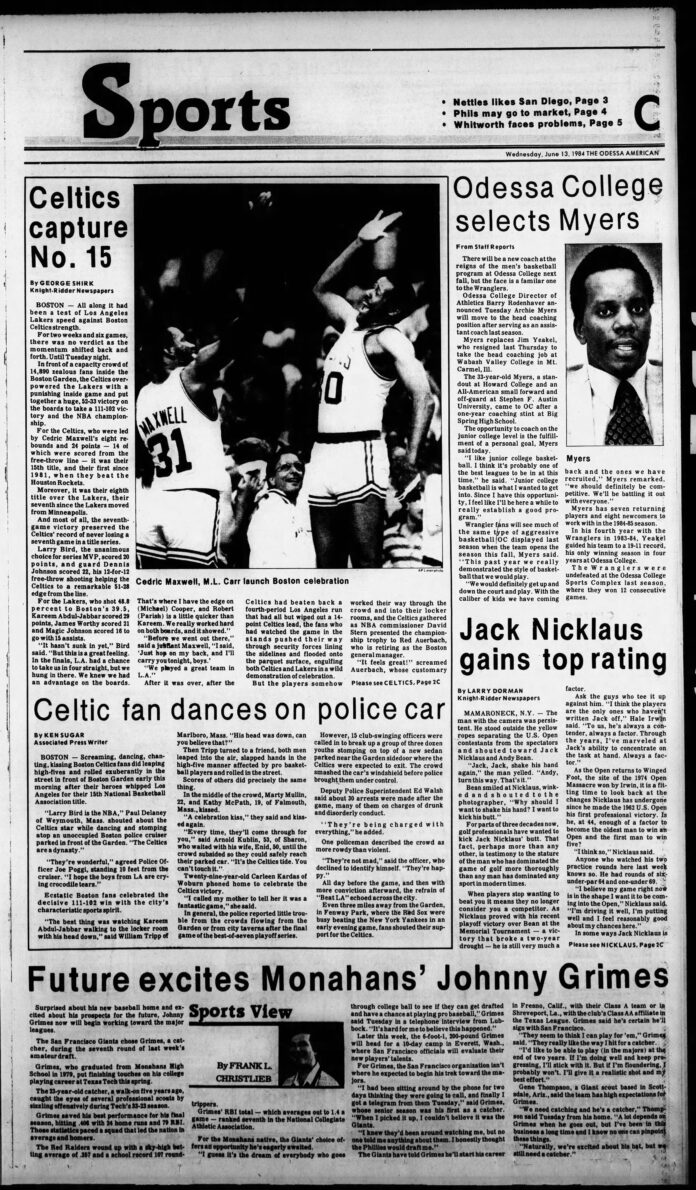 >> 1961: The qualifying rounds of the Women’s West Texas Golf Tournament were held at the Odessa Country Club. The annual event also featured a special junior division. Defending champion Sandra Palmer from Fort Worth was considered one of the favorites when match play opened. … Texas A&M signed three Andrews track stars to pre-enrollment applications. Leslie Blackburn, Rodney Noble and Cooker Lassiter were among seven high school athletes to sign with the program. Noble and Lassiter ran on the Andrews mile relay team that held a national interscholastic record.

>> 2002: The Quarter Century Partnership saw its field expanded after the Odessa Country Club acquired The Club at Mission Dorado. The new field was comprised of 320 golfers, compared to 230 in 2001. The acquisition made up what is now known as The Old Course (original OCC course) and The Links (Mission). … Defending World Cup champion France and favorite Argentina couldn’t get past the first round of the international tournament. France couldn’t score through three matches and Argentina was eliminated by Sweden. … The Los Angeles Lakers swept the New Jersey Nets to claim their third consecutive NBA title. Shaquille O’Neal scored 34 points with 10 rebounds, while Kobe Bryant contributed 25 points in the 113-107 Game 4 win.

>> 2015: Professional bull rider Markus Mariluch was set to make his return to the Permian Basin for the B&B Roust-A-Bout Invitational at Ector County Coliseum. He honed his riding skills when he was living in Midland for five years before moving to Daingerfield in East Texas. Mariluch first qualified for the PBR World Finals in 2013. … Omar Sanchez and Brian Scherer led by one stroke heading into the final day of the Quarter Century Partnership. The duo moved up in the standings before a thunderstorm cut the second round of the competition short.