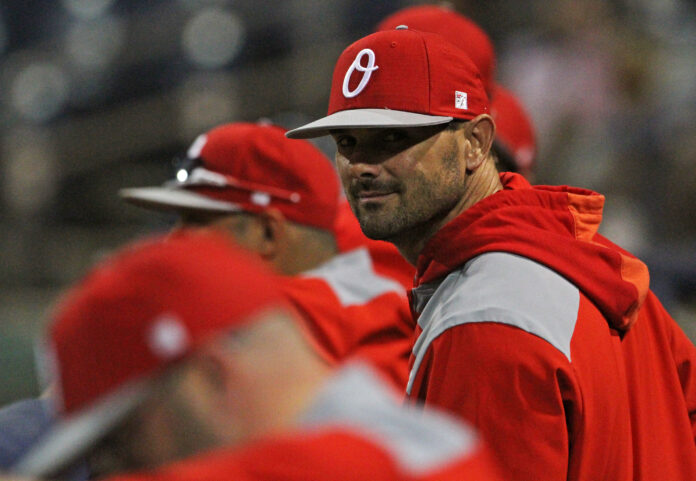 The start of a new season, along with the expectations that go along with it, has finally arrived for the Odessa High baseball team.
Head coach Josh Hulin was hoping to meet those expectations with an experiences group in 2020. That chance was cut short, however, as the Bronchos saw their season canceled, after an 8-4-1 start, due to the COVID-19 pandemic.
A year later, Hulin said he’s looking forward to seeing the team take the field again even as there are things that are still a work in progress.
“Every aspect of the game is a question mark for us,” Hulin said. “We lost a lot of experience from last year. We have seniors and juniors. It’s just that these guys haven’t played important innings for us in the past.”
The last time that Odessa High played a full season, the team went on one of its deepest postseason run, advancing to the regional semifinals before losing to eventual state champion Southlake Carroll.
Hulin said that those teams had strong senior leaders and that the key for the Bronchos’ success in 2021 will be to find new players to step up.
“We’ve had some great leaders in the past and because of that, we’ve been able to achieve a little bit,” Hulin said. “If you don’t have leadership in your program, you have no chance of being successful. So we’re waiting to see who will emerge.”
Among the key returners from last year include senior infielder Gabriel Avila and junior Isaac Rodriguez, who will be looked on as a go-to pitcher for the Bronchos.
Senior infielder Alex Cadena and outfielder Jesse Cervantes are also back among the more experienced players back in 2021 for Odessa High.
Hulin said that there is that usual excitement of starting a new season that he looks forward to. At the same time, he said that the players are embracing the opportunity to get back out on the field.
“You feel bad for the seniors last year,” he said. “The guys that are on the team this year, they got back on the field as soon as they could. It’s still baseball so I’m glad that they’ll still be able to do that.”
Getting back to the postseason will be a challenge once the Bronchos step into District 2-6A play. Amarillo Tascosa is gone but Abilene High and San Angelo Central are back in the mix this season.
Hulin noted that every team in the district has its own strengths and says his team will have to be at its best every time it plays.
“The district is really, really good as always,” he said. “We kind of have our work cut out for us.”
The Bronchos will get an early test of that during tournament play as they are slated to face Midland High and Abilene High in District 2-6A games during the Tournament of Champions in Midland. The schedule was set up in order to try and complete three-game series against each opponent.
Odessa High will get some preparation for that challenge beginning Thursday at the Railyard Classic in Seminole.
“You want to see your guys go and compete hard,” Hulin said. “We’re just going to start the season Thursday, enjoy playing the game and waiting and seeing what guys can step up and lead this program.”