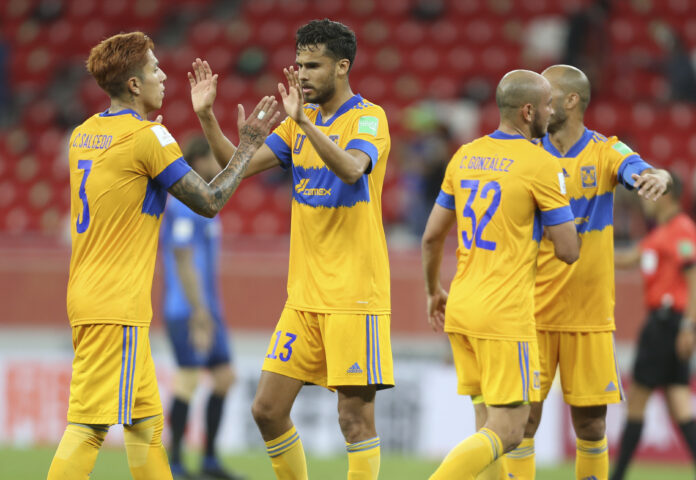 MIAMI (AP) — The CONCACAF Champions League will expand from 16 teams to 50 in 2023-24, restore its group stage, switch to a regionalized first-round alignment and fill 11 of 16 berths in the knockout stage from North America.
The championship match will switch to a single knockout from a two-leg, home-and-home format.
The Confederation of North American and Caribbean Association Football launched the Champions League, modeled after Europe’s Champions League, for the 2008-09 season to replace the CONCACAF Champions Cup.
CONCACAF announced in January 2017 that it was trimming the competition from 24 teams to 16 for the 2017-18 season. It eliminated the group stage, shortened the length from eight months to four and delayed the start from August to February. That format will remain in place for 2021, 2022 and 2023, and the draw for this year’s tournament is scheduled for Feb. 10.
Under changes announced Thursday, the regionalized group stage will take place each fall with 20 teams from the United States, Mexico and Canada split among four North American groups of five teams each; 20 teams from Costa Rica, Honduras, Panama, El Salvador, Guatemala, Nicaragua and Belize split among four Central American groups of five teams each; and 10 teams split into two Caribbean groups of five teams each.
Each team will play four first-round games in a single round-robin format: two home and two on the road. That is up from four first-round games for each team in the double round-robin format through 2016-17, when there were three teams in each of eight groups.
The knockout stage starting in the spring will include 11 North American teams: the first- and second-place teams from each group and three other teams that advance from a play-in round.
There will be four Central American teams: the winners of a play-in round involving the first- and second-place teams from each group.
The two Caribbean group winners will meet for a berth in the knockout stage.
CONCACAF said it will work to launch new Central American and Caribbean cups that will include qualifying spots for the Champions League.
The Champions League winner will continue to qualify for the FIFA Club World Cup. European and South American teams have split all world titles since that competition launched in 2000.
Mexico has won 15 consecutive CONCACAF Champions League titles, the last by Tigres in a 2020 format altered by the coronavirus pandemic. The last U.S. team to win was the LA Galaxy in 2000.
Qualification for the North American group stage will be determined by domestic league and cup competitions, with one spot for the winner of the Leagues Cup between Major League Soccer and Mexico’s Liga MX that started in 2019.
Qualification for the Central American group stage will be determined by domestic leagues and a new Central American cup.
Qualification for the Caribbean group stage will include eight teams determined by domestic leagues and two determined by a new Caribbean cup.
———
More AP soccer: https://apnews.com/Soccer and https://twitter.com/AP—Sport