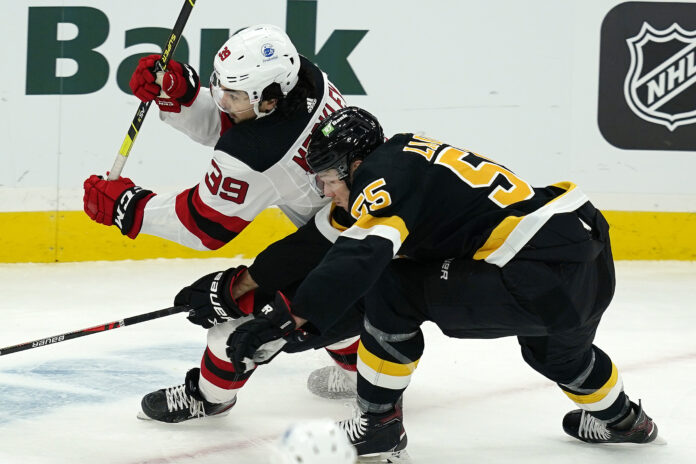 BOSTON (AP) — Boston Bruins defenseman Jeremy Lauzon had surgery to repair a broken bone in his left hand and will be out at least a month.
Lauzon left Sunday’s outdoor game against Philadelphia after one shift. The team said Wednesday that he will be reevaluated after four weeks.
Lauzon, 23, has three assists in 16 games for the Bruins this season. He has averaged 18:32 in ice time per game on the No. 1 defensive pairing with Charlie McAvoy, taking on an increased role with the departure of Zdeno Chara and Torey Krug this offseason.
Defensemen Matt Grzelcyk, Kevan Miller and Jakub Zboril also have missed time recently. Coach Bruce Cassidy said Wednesday that Zboril should return Thursday and Grzelcyk shortly after that, but Miller’s knee is still sore.
———
More AP NHL: https://apnews.com/hub/NHL and https://twitter.com/AP—Sports

GOLF: Former champions Beaty, Parks tied at the top after first round