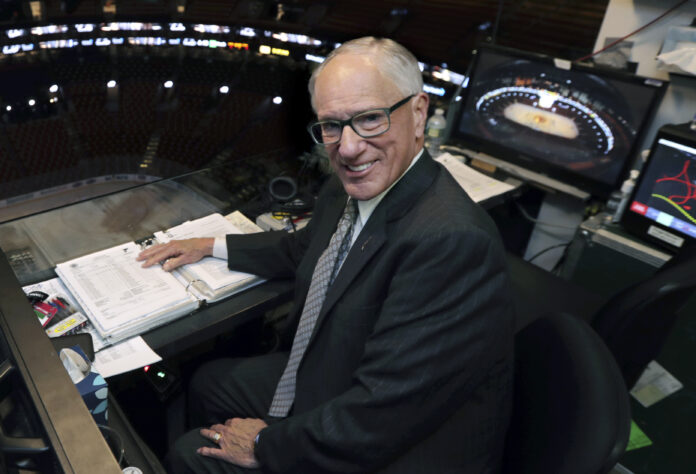 FILE – In this Wednesday, May 29, 2019, file photo, NBC hockey broadcaster Mike Emrick poses for a photo while preparing to call Game 2 of the NHL hockey Stanley Cup Final between the St. Louis Blues and the Boston Bruins in Boston. A documentary about the life and career of Mike “Doc” Emrick will air on NBC Sunday, Feb. 21, 2021. The now-retired voice of hockey in the United States did interviews for the special but has asked the network not to tell him anything about it in advance. Emrick wants to watch it live with his wife, Joyce, like everyone else.

Jill Biden says things get better, including after divorce