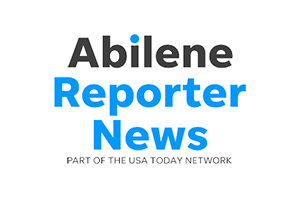 It seems so simple. When it rains hard in Abilene, it floods.

We all know the suspect areas. South 14th near Barrow Street, for one. And our underpasses.

Yet, people drive into those areas. And then there’s trouble.

They don’t stay put until the rain and water subside. They don’t take alternative routes, or side streets.

They launch into flooded areas like Washington across the Delaware.

But he was in a boat. Drivers are not.

Abilene went from parched to pools of water recently when a 15% chance of mid-afternoon rain made a 100% wreck of the city. That caught us off guard, considering previous better chances of rain brought us nothing.

We had measured 0.40 of an inch through the first 29 days of the second-wettest month. The National Weather Service reported 2.18 inches officially, though amounts were higher at fire stations around the city.

We almost hit our monthly average in one afternoon.

There also was wind, driving the rain and making umbrellas useless.

Much of the city missed rain, though it rained at the airport. But it finally came down, sheets of rain that darkened the day and reduced visibility while driving. It came with some crushed ice-sized hail.

The Pine Street underpass a block from our office filled quickly, yet vehicles kept plowing through the water. One didn’t make it and, finally, others began turning around.

That brings us to the basic rule: “Turn around don’t drown.”

High water in the street, retreat

“Turn around don’t drown” is even copyrighted.

The weather service reports that more people die due to flooding than any other thunderstorm-related hazard.

What’s second? Walking into flooded areas, to see what you can’t see. Six inches of water flowing at a high rate can knock down the average person.

It takes around 12 inches of water to wash away a vehicle. Two feet for heavier trucks and SUVs.

It’s said that water reaching halfway up the hubcap can lead to engine ruin.

It was that and more in Abilene but some motorists paid no heed.

Every time it rains like this, we have this problem. People think they can sail through high water … until they sink.

At best they’re stranded. Worse, their vehicles are badly damaged or ruined altogether. Even worse, lives are at risk in the deepest water.

Motorists need to slow — not speed up to create awesome splashes — and to consider the road ahead. If it doesn’t look passable, it probably isn’t.

Storms create problems, such as downed electrical lines and trees. Lightning strikes could cause fires.

Our first responders become busy enough without having to rescue drivers and vehicles driven into flooded areas.

These situations are avoidable. Turn around don’t drown.

Did you see all of our trash?

The overabundance of rains both cleaned dusty streets and returned our discarded trash to us. Drink containers. Plastic buckets.

The railroad right-of-way was littered with trash. The Mockingbird Lane underpass “shoreline” was full of trash.

Perhaps this is why water accumulates. It cannot drain as quickly as possible because the storm drains are clogged.

Should the city invest in some sort of flood warning at underpasses? The flood gauge signs don’t seem to be effective.

Is there some sort of device that could trigger flashing lights to warn motorists that water now is too deep to navigate? Think of the barrier coming down in plenty of time to block motorists from crossing a railroad track, in advance of the train’s arrival.

This would be especially helpful in the dark, when the water isn’t as easily seen by motorists.

To be fair, some motorists are new to the city or visitors are caught in a storm. But the rest of us know the worst areas.

But when it does, it’s the same routine.

Let’s change our thinking before there is a tragedy.