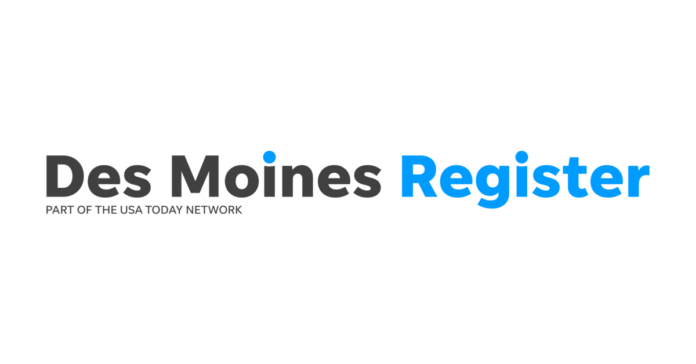 Bizarre threats toward public officials, and even violent acts, have been part of the news for many years. Typically they’re shrugged off as aberrations.

That blasé approach is increasingly out of touch with the frequency of today’s frightening threats.

Even before the 2020 election season and its seemingly perpetual aftermath, public officials endured heightened risks of threats of violence and actual violence. It was easy to make this seem OK by attributing the occurrences to people with acute need for mental health treatment. After all, there’s nothing at all proportionate about hurting someone because of a traffic ticket or a tax increase, whether or not the imposition is just. This thinking downplays real problems — mental health care is inadequate; public employees don’t deserve to fear for their lives just for doing their jobs — but we mostly just shrugged. Even when the worst happens — an Iowa mayor is murdered, a congresswoman is shot, a federal judge’s son is killed — everybody else just moves on.

The landscape has changed. Reuters in a series of stories has identified dozens of phone and digital messages to American election workers that law experts said could be considered criminal. Yet in many cases, there was little evidence that law enforcement had pursued the matters with any vigor, with some spokespersons pointing to the breadth of the First Amendment’s protections for political speech. In one instance, Reuters reporters said they quickly located a caller whom officers in Vermont had called “essentially untraceable.”

John Keller, a senior Department of Justice attorney leading a federal task force created over the summer, addressed those issues in a speech to secretaries of state who gathered in Des Moines for a conference in August.

Constant threats toward public employees are themselves a threat to democracy.

He called the government’s reactions inadequate and said that “there have been plenty of incidents where there is no political sheen that’s been added, threats that are very explicit in nature targeting people like yourselves and your family members.”

Here in Iowa, after state Rep. Ross Wilburn criticized President Donald Trump and his supporters in these pages last month, he quickly received numerous threats, one saying he should be lynched. Police continue to investigate.

Although it’s dangerous to extrapolate from anecdotes, a question at a Turning Point USA rally in Idaho on Oct. 25 is frighteningly difficult to ignore: “When do we get to use the guns? … I mean, literally, where’s the line? How many elections are they going to steal before we kill these people?” The presenter, Charlie Kirk, tepidly rebuked the questioner on the grounds that saying such things publicly could help liberals justify intrusions on freedom.

It bears mentioning — in anticipation of indignant replies of “Well, what about Black Lives Matter riots?” — that:

At least three things are needed in response to all this.

1. Call out the lies

One is for people with an audience, such as Kirk, or Gov. Kim Reynolds, or Sen. Chuck Grassley or Sen. Joni Ernst, to sharply reject the animating premise in so many of these incidents: the idea that Democrats have stolen and will steal election victories from Republicans. It is inarguably divorced from reason. No credible arbiter has found any credence to 2020 conspiracy theories about the outcome of the presidential election. To their discredit, many Republicans have indicated no appetite for unequivocal rebukes, preferring instead cynical indulgence, delivered with generalities about making sure that people have faith in elections.

More promising is for prosecutors and law enforcement, from the FBI and attorney general down to local jurisdictions, to commit to investigate reports of threats promptly and thoroughly. Although it’s more than fair to question whether aggressive investigation and prosecution would run counter to the spirit of the First Amendment and chill vital political speech, few of the vicious threats public workers have endured on their own over the past year seem like close calls.

3. Look in the mirror

Finally, all of us could take a little more responsibility for conducting ourselves civilly, and for calmly resisting outrageous conduct when we see it. Maybe you would never leave a vulgar phone message for an election worker or tell a lawmaker that you have firearms and his address. But would you blithely label a politician’s action “treasonous” in a Facebook comment and wonder about executing her? No? Would you click “like” on a meme suggesting the same thing? Or ignore it and hope somebody else calls out the misinformation and authoritarianism?