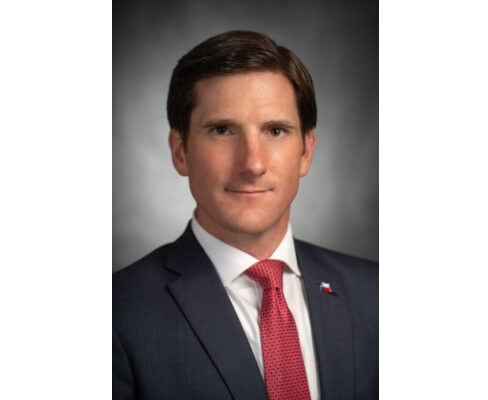 State Rep. Brooks Landgraf, R-Odessa, announced Monday that West Texas is poised to retain its 16 districts in the Texas House of Representatives following the 2021 redistricting process, a news release said.

But Landgraf’s office said changes were made to the Senate District 31 held by Sen. Kel Seliger, R-Amarillo.

The Texas Senate on Friday passed House Bill 1, legislation containing the proposed political boundaries for the state’s 150 House districts. The bill now heads to the governor’s desk to be signed into law. Landgraf’s counties now include Ector, Loving, Ward and Winkler.

“The results of the 2020 census showed that West Texas population growth did not keep pace with growth in other parts of the state, specifically along the I-35 corridor and around Houston,” Landgraf said in the release. “This led many to predict that West Texas could lose up to three state representatives in the redistricting process this year. Needless to say, I’m thrilled that the House district map passed by the House and Senate retains 16 West Texas-based districts.”

“We were supposed to lose, but West Texas held our ground while remaining compliant with all relevant state and federal laws,” Landgraf added.

“Even though we make up a small portion of the state’s population, the work we do out here in West Texas benefits the entire state and nation,” Landgraf said. “If you go to the grocery store, pump gas or wear blue jeans, you’re likely enjoying the blessings from West Texas. Our voice must continue to be heard in Washington and Austin.”

Following the results of the 2020 census in which the state’s overall population increased by nearly 4 million, the ideal population for each of Texas’ 150 House districts was set at 194,303, meaning that every district must be within 5 percentage points of that amount, the release said.

Landgraf represents House District 81, which was one of the only West Texas districts above the ideal population level according to the 2020 census. This led to Andrews County and its population of 18,610 being drawn out of Landgraf’s district and into House District 88.

“I love Andrews County, so I’m sad I will no longer be their state representative. But HD 81’s loss is a gain for West Texas, as the population of Andrews helped to anchor HD 88 in West Texas, allowing us to keep 16 districts in the Texas House. While losing Andrews is disappointing, I’m excited to welcome Loving County and its 64 residents into the fold. I’ve represented the majority of Wink-Loving ISD for years, so adding Loving to HD 81 ensures the entire school district has a dedicated state representative. Regardless of which counties are in HD 81, however, I will never stop fighting for the interests of the Permian Basin and West Texas. I’m so thankful to have 15 other members of the Texas House to join me in that fight,” Landgraf said.