It’s an event that’s been rescheduled numerous times during the last year, but Odessa Arts Executive Director Randy Ham is eager for this year’s Black and White Ball to take place.

This year’s event is scheduled 6:30 p.m. Sept. 17 at the Odessa Marriott Hotel and Conference Center in the Permian Ballroom.

This will be the third edition of the Black and White Ball.

Last year’s event was supposed to take place in the spring, but was rescheduled due to the pandemic.

“We were all prepared to do this in April in 2020 and that’s when the train ran off the rails for the entire world,” Ham said.

“We’ve been anxiously waiting and hoping to be able to have this and here we are,” Ham said.

The event will be a celebration of the Friends of the Arts and Volunteers of the Year.

The Friends of the Arts honorees include Sondra and Toby Eoff, Betsy and Buzz Hurt, as well as Odessa City Manager Michael Marrero.

Ham had no shortage of praise for the Friends of the Arts honorees. 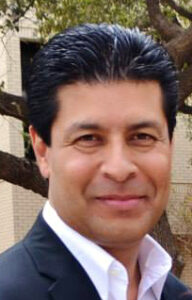 Marrero will be honored for Municipal Leadership in the Arts.

“We’ve only had a public art program for the city of Odessa since 2014 when we adopted a public art master plan,” Ham said. “One of the things that the plan called for was the adoption for a percent for art ordinance which means for every capital project that the city undertakes, 1 percent of the expense goes toward site-specific arts for that project. And we’ve been in discussions with the city for a while and not really gotten anywhere and then when Michael started as the city manager he said ‘this is the time to do it’ and helped us get a percent for artworks ordinance adopted within 90 days of our first conversation, which is amazing. We’ve already seen the fruits of that labor for the new police department training facility. We hired an artist for Fire Station No. 9. We’re looking for artists for the animal control facility.”

Ham credited Marrero for being forward thinking and understanding the importance that art has for the community.

“That’s why he is being honored,” Ham said.

Marrero said he was completely caught off guard, but was pleasantly surprised after hearing that he was going to be honored by Odessa Arts.

“Obviously, being honored by any organization is certainly a good feeling to a recipient, but to be honored by the Odessa Arts is particularly important,” Marrero said. “I think the arts bring so much to the community and art really can change how we view things. … If you see great art, it tends to elevate moods and tends to give people a certain sense of place. Certainly art can be any number of things. It can be art (that’s) indicative of where you live. It can be indicative of your culture. Art just has a way of bringing the best in people.”

Betsy and Buzz Hurt are being recognized for Education in the Arts and were instrumental in helping re-launch the Shakespeare Festival a few years ago.

“Buzz and Betsy Hurt have been art supporters forever,” Ham said. “Betsy served as the Odessa representative for the Texas Tech Public Art Committee and many other things. But when we re-launched the Shakespeare festival, Buzz and Betsy were one of the first to donate to hire professional Shakespeare actors to come and perform at the Globe Theatre for a week. Over 3,000 students from all across West Texas every year come to the Globe Theatre to see professionally produced Shakespeare in our replica Globe Theatre.”

“Our participation is very small,” Betsy Hurt said. “We have underwritten the Shakespeare Festival for several years now. … My mother was an English teacher and the first time I saw a live play was in elementary school when we went to the Globe of the Great Southwest. … There are lots of people who came before us to continue their love and endeavors of creating something like the Globe of the Southwest and to expose young people to live performances.”

Sondra and Toby Eoff will be honored for their Philanthropy in the Arts.

“Toby and Sondra not only gave us our first donation for the Odessa Spire, but also saw the importance of private businesses also contribute to the public art landscape,” Ham said. “Toby sits on our public art advisory committee, and so all of our honorees have a long history of being involved in the arts and we think it’s time for them to be recognized for that.”

The West Texas Jazz Society will be honored as the Mark Tenniswood Volunteers of the Year:

“Our volunteers of the year are volunteer-based individuals that give their time and effort to a specific organization or project to further the arts in the Permian Basin, without any expectation of a paycheck or anything like that,” Ham said. “They do it because they love it and for the West Texas Jazz Society to have reinvented the jazz part of this year and bring it to the Marriott and have it one night at the Ector Theatre, free and open to the public, they’ve seen their numbers increase tenfold. The jazz party is the longest running jazz party in the world. It’s right here in Odessa. That in itself should be recognized and also the fact that they pulled this off in spectacular fashion this year and they deserve to be recognized for that.”

The Odessa Marriott Hotel and Conference Center will offer a rate of $119 for those attending the Black and White Ball.

The event will have a James Bond theme to it.

An individual ticket goes for $100 for an Odessa Arts Member and $150 for non-members.