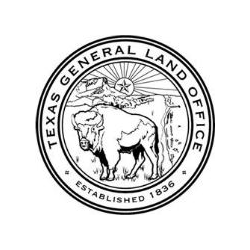 AUSTIN Texas Land Commissioner George P. Bush announced Wednesday that the General Land Office has entered into lease agreements with United States Customs & Border Protection (CBP). Under these agreements, Border Patrol will be allowed to use state-owned land for communications and patrolling operations.

“President Biden continues to ignore the humanitarian crisis at our doorstep even as federal agents risk their safety and lives every day as they confront this disaster,” Bush said in a news release. “The GLO will continue to do everything in its power to assist our brave Border Patrol agents, mitigate the effects of this crisis, and secure our border.”

Per the lease agreements, a tract of land in Brewster County is set aside for use of a helicopter landing site while the other in Hudspeth County will be used for a Tactical Command Network System communication facility, the release said.

Through July 2021, CBP recorded over 1.3 million illegal crossings this fiscal year even without the official totals for August and September. This number is nearly three times the total for all of FY 2020. Media reports continue to show increasing confrontations with local law enforcement, endangering lives and causing damage to property.