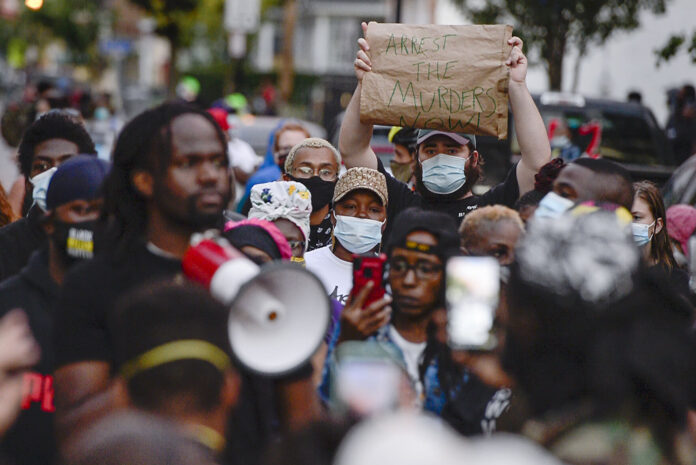 FILE – In this Sept. 2, 2020, file photo, a crowd of protesters gather in Rochester, N.Y., near the site where Daniel Prude was restrained by police officers. In a decision announced Tuesday, Feb. 23, 2021, a grand jury voted not to charge officers shown on body camera video holding Daniel Prude down naked and handcuffed on a city street last winter until he stopped breathing. His brother Joe Prude said Wednesday, Feb. 24 he had viewed police body camera footage showing what happened after officers caught up with Daniel Prude, naked on a frigid March night, as irrefutable proof of a crime.