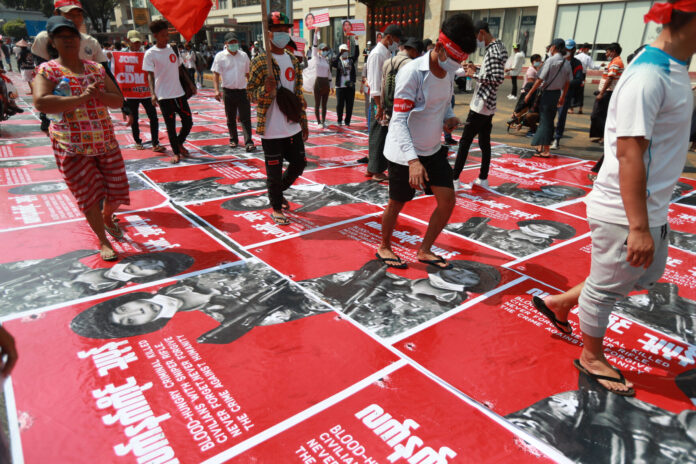 Anti-coup protesters step on posters with an image of a soldier and a Burmese sign that reads "armed terrorist" plastered on a road in Yangon, Myanmar Monday, Feb. 22, 2021. Protesters gathered in Myanmar’s biggest city Monday despite the ruling junta’s thinly veiled threat to use lethal force if people answered a call for a general strike opposing the military takeover three weeks ago.