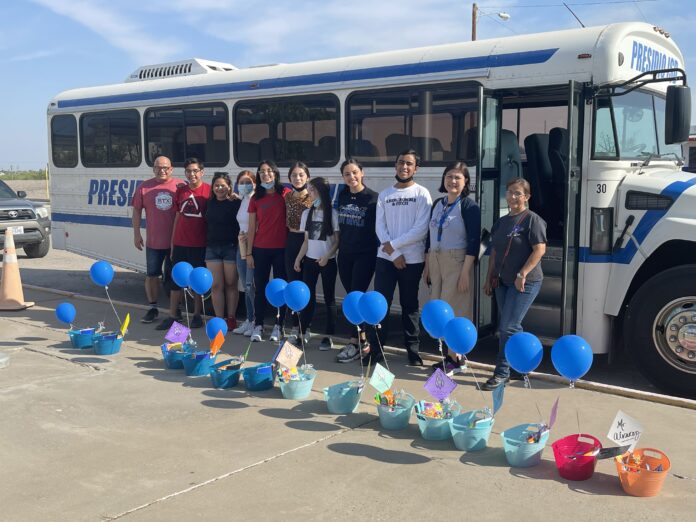 Two teams from Presidio Independent School District are among 100 students participating in The American Rocketry Challenge set for June 12 and 13 (rain date) in Rockdale.

Luzviminda Santo Domingo, the team advisor, said there will be two teams of six students. The squad includes seniors, juniors and sophomores. This is her second time going to nationals.

The National Finals is taking place at regional launch sites across the country. In addition to competing for the title of national champion, teams will be competing for $100,000 in prizes. The competition is returning in 2021 after a year hiatus due to COVID-19. Presidio’s two teams will compete in Rockdale, a news release said.

The contest involves more than 5,000 students, and more than 600 teams submitted scores. This year’s rules require teams to design, build and launch a model rocket that carries one raw egg to three different altitude and time goals: 800 feet within 40 to 43 seconds for their qualifying flights, and then 775 feet within 39 to 42 seconds and 825 feet within 41 to 44 seconds at the National Finals — all with the rocket and egg returning to the ground intact, the release said.

Sheila Condino was the team mentor stationed in northern Virginia. She said in the past there were three eggs.

Condino, who taught in Presidio several years back, advised the students virtually.

Domingo said what gives Presidio rocketry success is that it is part of the culture.

“… The kids are really amazing. It is passed on from generations; from their family members to them so it keeps them going and with the help of the community and foundations,” she said.

Condino said the students are determined to achieve success.

Teams from Presidio have gained notoriety, being written about in Texas Monthly.

“There’s no secret in rocketry,” Condino said. “Pretty much it’s about working hard and learning the ins and outs of rocketry, because it’s a very unforgiving science.”

She said it was somewhat difficult conducting demonstrations over Zoom, watching the students from her end and then offering corrections.

Having had some setbacks, Condino said learning from experience is the best way to learn. The secret, she said, would be to keep track of everything.

The experience also will be useful for students’ future endeavors.

The American Rocketry Challenge is the Aerospace Industry Association’s flagship program designed to encourage students to pursue study and careers in science, technology, engineering and math (STEM), the release said.