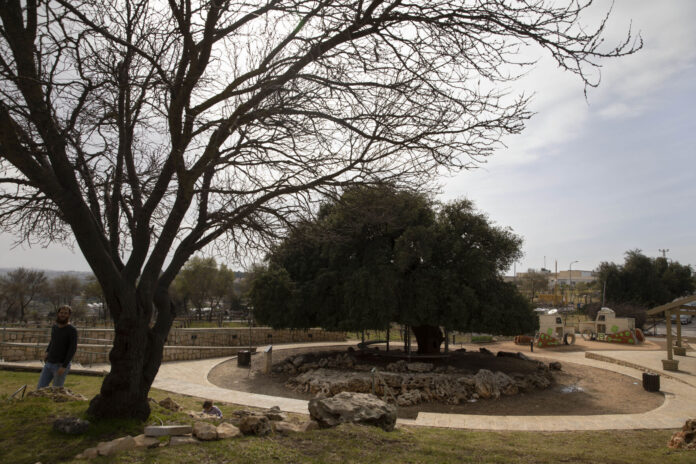 An Israeli Jewish settler walks near a small promenade built by the Jewish National Fund, known by its Hebrew acronym KKL, near the Israeli West Bank settlement of Alon Shvut, Monday, Feb. 22, 2021. The fund acquires land, plants trees and carries out development projects, and is considering formally expanding its activities into the occupied West Bank, deepening the rift between left-leaning Jewish groups in the United States and the increasingly right-wing Israeli government.