After missing out last year due to the pandemic, Hot Summer Nights will be making a return this year in Odessa.

The annual summer-long series of concerts will have nine different performances this year and is put on by Downtown Odessa Inc. and Odessa Arts. 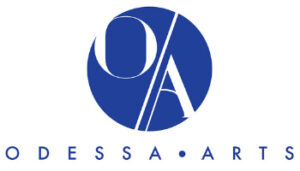 “It’s very good to be back,” Odessa Arts executive director Randy Ham said. “It was really depressing to have to cancel the concerts to have to begin with.”

In the past, Hot Summer Nights took place outdoors at the Heritage Plaza but this year’s venue will be different.

“For the first time, we’re doing it indoors this year,” Ham said. “We’re presenting it at the Ector Theater. They are still free of charge but we had to book our bands and venues so quickly and so far in advance that we didn’t know if the parks were going to be open, we didn’t know whether the parks would be open or what the quarantine regulations were going to be and that was back in January. We made the decision to go ahead and move forward with the concerts and then put them indoors so that we could limit the number of attendees if we had to, based on COVID numbers.”

Ham says having the concerts indoors will be welcome for the musicians. Tickets are also free to the public.

“I can tell you that the musicians are thrilled because they can play in air conditioning,” Ham said. “That’s a real nice thing. We have a state-of-the-art sound system and it’s going to be a lot of people’s first chance to see the Ector Theater for free because we’re not charging anything for this.”

“What we try to do is put something out there for everyone so if you’re a fan of jazz, you’re going to see the jazz party,” Ham said. “If you’re into country music, we’ll have the Treaty Oak Revival. We try to help tie in what’s going on in the community so Dallas Black Dance Theatre on June 18 is very important.”

The Downtown Odessa and Odessa Arts share the cost of the series.

“We do pay for our musicians through the hotel occupancy tax that is granted to the arts council to promote cultural tourism,” Ham said. “We also get some grants through the Texas Commission on the Arts and we have sponsorships as well.”

As far as CDC guidelines go, that situation is still up in the air, Ham said.

“As everybody has said, it’s such a revolving situation,” Ham said. “As soon as we spoke with the bands, the governor had the safe back up and then this last week, the CDC lifted its mask mandate for most people that are vaccinated so we’re monitoring this situation week to week and see where we are.”

While the events are free, tickets will be available to be reserved online starting on May 20 at hotsummernightsodessa.com.

“Attendance is free but we are asking that you go ahead and secure your tickets through the ticket system,” Ham said.