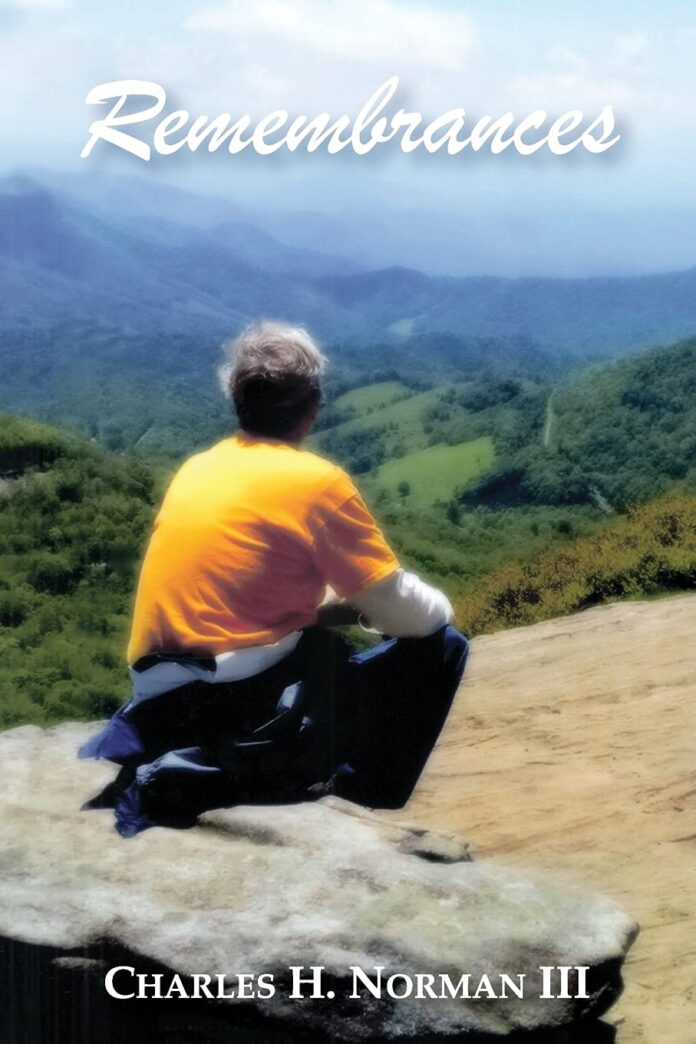 Author and former Odessan Charlie Norman loves to tell stories and has been doing that for most of his life.

He especially likes to write about growing up in West Texas and life lessons that he’s learned along the way.

And now, people will get a chance to read those stories with his new book titled “Remembrances”, which is a collection of 32 short stories  recently published and now available in paperback wherever books are sold and can also be read online at https://www.amazon.com/Remembrances-Charles-H-Norman/dp/1954978049.

For the last four years, Norman, who lives with his wife Carolyn in Glen Rose, has written monthly columns for the local newspaper the Glen Rose Reporter.

Prior to that, he worked in the airlines industry before retiring.

Born in Odessa, Norman’s writing days started when he, reluctantly, became the editor of the Odessa High School student newspaper.

“I didn’t particularly want the job but they needed someone and I had done a little bit of writing but not a lot,” Norman said. “That was about it.

After graduating from Odessa High in 1968, Norman went on to get his college degree, getting his BBA at Texas Tech in 1972 and his MA  in mass communications at the University of Texas at Austin two years later.

From there, his journey took him to all sorts of places including Hawaii where he worked in advertising.

“That was my first job out of college,” Norman said. “I felt comfortable with that. … I couldn’t afford a house over there with my salary. I had two degrees.”

That’s when he switched careers, becoming a flight attendant for American Airlines.

“I thought I would get my foot in the door and then go into door in airlines but then 34 years later, I was still a flight attendant for American Airlines,” Norman said. “As seniority increased, my schedule got better, the pay got better.”

However, while he continued to write as a hobby, keeping journals about things that were going on with his family.

Norman had been fascinated in traveling since going on a high school trip to France.

“My journalism teacher Mr. Fred Barnes brought a bunch of kids to France to study French and I was interested in traveling,” Norman said. “It was a life changing trip for me and got me into traveling.”

After retiring from the airlines industry, Norman continued to write and it wasn’t long before he got in touch with the Glen Rose Reporter.

“I’ve always been a big storyteller,” Norman said. “ Right around that time, there was a column that was looking for a guest columnist once a month in our Glen Rose newspaper. So I submitted my story and they accepted it.”

Becoming a guest columnist, Norman wrote about his baseball coach, Tommy Harrison, from Austin Elementary in Odessa, writing a story called “Being Second Ain’t So Bad”.

The anecdote, which is included in Norman’s book, is about when Norman tried out for the elementary baseball team where he was assigned to play second baseman and was awarded a signed baseball for making the fewest errors at the end of the year.

“I wrote the story and they accepted it and I started to write other stories,” Norman said. “I wrote about my flying experience, or the pests I had or the friends that I’ve had or some pretty tough experiences. Half of them are things I remember about Odessa.

Not all of his stories are just about the Permian Basin. Some of them involve other people that he’s met along the way. One of those stories-which is also featured in “Remembrances”-talks about his time meeting a World War II veteran and Louisiana State University graduate named Hewitt Gomez while working at Dallas Fort Worth Airport.

Gomez shared with Norman his about experience from flying missions in the Army Air Corps in Europe during the war. A friendship formed between the two.

As time went on, a growing number of people commented on how much they loved the stories and after the recommendation of a few friends, Norman put together a small collection to give to his kids in a booklet form.

Norman would go on to write articles from his time growing up where he wrote for a magazine called “Good ‘Ol Days”.

“They were wanting something about old music,” Norman said. “I thought about what to write about and I’ve always liked The Beatles. I listened to them while growing up. So I wrote this piece called “And My Heart Went Boom” because that’s in the lyrics of “I saw her standing there”. I submitted it and they accepted it. so, six months later, sure enough, my article appeared in their magazine.”

After the article was published in August 2020, Norman (after the encouragement of his friends from Tennessee) got in touch with a publishing company, Jan-Carol Publishing, about possibly putting together a book consisting of his different stories and it wasn’t long until he got to see his works make the book shelves.

“It’s special to me but what makes it even more special is that it’s not something that I pursued,” Norman said. “I wasn’t (originally) looking to do this, I wasn’t looking to publish an article or anything like that. I’m definitely not in it for the money. I write for pleasure and to bring other people a little diversion and a little inspiration because I like to write about others.”

Norman says one of his biggest strengths of being a storyteller is the good memory to be able to remember a lot of things from growing up in West Texas.

“I’ll be honest, God has given me a memory that surprises me sometimes by details that I can remember for whatever reason like teachers and experiences in school,” Norman said. “Those memories just come … I just remember some of these things.”

Those people that he has written about, as well his parents Charles Norman Jr. and Minnie Fay Norman, are some of the numerous influencers in his life.

“As you get older, there are a lot of people that come to influence you,” Norman said.