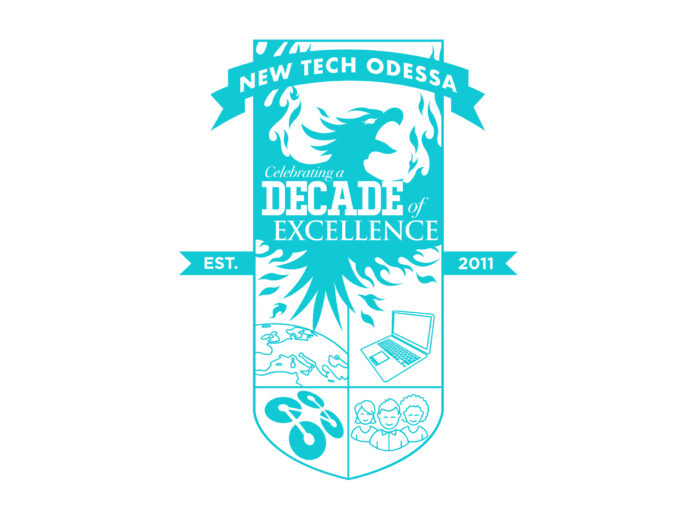 In its 10th anniversary year, George H.W. Bush New Tech Odessa graduates said they thought attending the fledgling school was going to be easy, but it surprised them on many levels.

When Shauna Brenell arrived at the campus, she thought she could just blend in and not have to make too much of an effort.

“I was in this place where I had been competing in sports, particularly in competitive cheerleading and gymnastics, for my entire life and my ninth grade year I got an injury in the middle of the season that meant I was not going to be able to continue doing those sports. I had built so much of my life — pretty much all my life — around doing sports and being athletic. For me, my school experience was just doing enough to get by with the bare minimum and sometimes not even the bare minimum; a bunch of guesswork,” Brenell said.

Now Brenell is the marketing and communications coordinator for a Minnesota-based nonprofit called and True Friends. True Friends, through six programs and services, serves more than 25,000 individuals each year. About 4,000 of those individuals have some type of disability, she said.

In August 2020, Brenell started a program at Johns Hopkins University to earn a master of arts in communications with a concentration in corporate and nonprofit communications and a graduate certificate in nonprofit management.

Brenell said NTO changed her life. The hands-on learning and encouragement from instructors, which NTO calls facilitators, gave her confidence.

“… They’re letting you explore so many different areas that aren’t just about reading a textbook, taking a test or doing a paper because you’re constantly doing real-world group projects. And because of New Tech, I was able to find out what I’m passionate about whenever my one passion in life was taken away and I found something that I am beyond passionate about that I would never have found otherwise. I also became really passionate about my education and I started working really hard at having good grades, succeeding in my classes, succeeding in the project that I was working on,” said Brenell, who lives in St. Cloud.

“While New Tech for me was intended to be an escape from what I felt like I had lost, it ended up being something that unlocked the potential in me and helped me find my passion,” she added.

Sandra Vega, Class of 2015, said she’s glad New Tech is still around. Vega graduated from University of Texas Permian Basin with a bachelor’s degree in fine arts and is now pursuing a master of fine arts from the University of Alabama.

She added that its project-based learning was such a unique way of teaching and there is “so much good energy” that comes from the facilitators (teachers) and the program itself. College preparation and meeting deadlines were stressed as well.

Vega said she moved from New Jersey to Texas when she was 16. She and her family heard about NTO from a student who had been going to her parents’ church.

“So her parents got to talking to my parents. It was really interesting because of the small size classes. They pay attention to student success more than they would at a larger school. I think it was just the attraction of smaller class size, smaller number of students and then there was more motivation to teach there by the facilitators,” Vega said.

She said the classes were great.

“I felt like the project-based learning really facilitated the way I learn. Students engaged in every subject a little bit more. I felt like it prepared me a lot for the real world. I’m a graduate student now, so I teach art,” Vega said.

Lorenzo Rivas also said he wasn’t a typical student. He was drawn to NTO by a presentation from founding principal Adrian Vega.

“I went to Bowie Junior High. I was in football; I was in band; I did all the sports. My whole thing growing up was getting a good education and whenever (founding Principal Adrian Vega) got up and did their presentation at Bowie, it really piqued my interest,” Rivas said.

If New Tech didn’t work out for him, Rivas said he would go to Odessa High School. But he really enjoyed NTO and learned how to work as part of a team.

Rivas earned a degree in management from University of Texas at Arlington in 2017. He is now a fire inspector/investigator at the Fire Marshal’s office.

He said he did oilfield work for two years, but was laid off last January. His father was a firefighter for 25 years which was ultimately how he wound up with the fire marshal’s office.