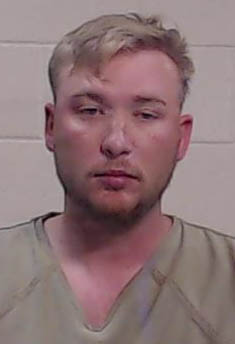 A 24-year-old man was arrested after he reportedly attempted to solicit sexual conduct with a 16-year-old on the internet.

Eric Clayton Steubing was charged with online solicitation of a minor, a second-degree felony.

The reported incident happened at 10:48 p.m. July 16 when a Texas Department of Public Safety Special Agent was conducting an undercover solicitation sting, the DPS probable cause affidavit detailed. The special agent was posing as a 16-year-old girl who lived in Odessa.

During the conversation, Steuben stated “How old are you?” which the undercover agent posing as a 16-year-old girl told Steubing “honestly 16”, the affidavit stated. Steubing stated “uhgggg.”

At 1:11 a.m. July 17, Steubing arrived at a predetermined location in Odessa to meet what he believed was a 16-year-old girl, the affidavit detailed. DPS and the Odessa Police Department placed Steubing under arrest.

After Steubing was arrested, a test message was reportedly sent to the cellphone that Steubing had in his possession and the test message alert was seen on the phone screen.

Steubing was transported to the Ector County Law Enforcement Center. He had one bond totaling $25,000 and posted bail on July 17, jail records show.