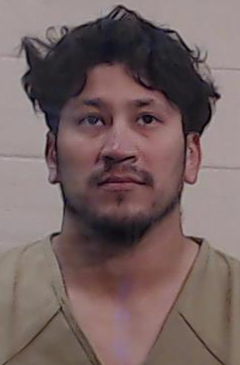 A 32-year-old man was arrested after he reportedly assaulted a pregnant woman.

Michael Anthony Saenz was charged with assault of a pregnant woman (family violence), a third-degree felony.

The reported assault happened at 12:31 p.m. May 5 in the 800 block of 19th Street, an Odessa Police Department probable cause affidavit stated.

Officers reportedly made contact with Saenz and Britney Benavides. Benavides stated that while arguing with Saenz about his unemployment he assaulted her.

Officers reportedly saw all injuries. Saenz was read his Miranda Rights, which he waived, and admitted to holding her face down. Benavides reported that she was eight weeks pregnant. Saenz stated he knew she was pregnant when he assaulted her.

Saenz was arrested, charged and transported to the Ector County Law Enforcement Center. He had one bond totaling $15,000 and posted bail on May 8, jail records show.