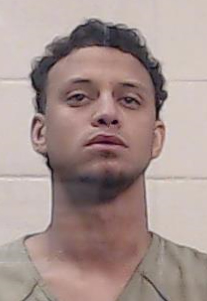 An Ector County Grand Jury has indicted a 24-year-old man who reportedly shot another man in the back of the head in Pleasant Farms.

Mattew Brian Roe was indicted on July 13 with murder, a first-degree felony. In addition to the murder charge, Roe also has  a going off bond charge for evading arrest or detention with previous conviction, a state jail felony, and assault, a class A misdemeanor.

Roe has three bonds totaling $551,000 and was still in custody as of Thursday afternoon, jail records show.

Court records detail that Roe is scheduled to have an arraignment hearing at 3 p.m. Aug. 4 in the 70th District courtroom of Judge Denn Whalen.

Deputies responded to the reported fatal shooting at 1:22 a.m. April 12 in the 4600 block of Papaw Street in Pleasant Farms, an Ector County Sheriff’s Office probable cause affidavit detailed.

The victim was reportedly identified as 25-year-old Pablo Ibarra Melendez.

A witness at the scene stated she and Melendez were giving her boyfriend and his two younger half-brothers a ride to her residence in south Ector County, the affidavit stated. The gunman was identified as Roe.

Man reindicted in connection to death of unborn child