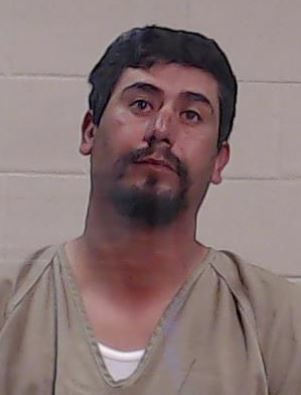 A 38-year-old man was arrested after he was reportedly involved in a four-vehicle collision while he was intoxicated.

Rogelio Lujan, 38, was charged with intoxication assault, a third-degree felony.

The reported collision happened at 7:55 p.m. Thursday near the intersection of Andrews Highway and Yukon Road, an Odessa Police Department press release stated.

Lujan was driving a gray Dodge Ram westbound in the 100 block of East Yukon Road and failed to control speed before colliding with the motorcycle and van, the press release stated. The impact caused all four vehicles to collide.

Investigation showed that Lujan was intoxicated, the press release stated.

Lujan was booked into the Ector County Law Enforcement Center on Friday, jail records show. Bond hasn’t been set as of Friday morning.